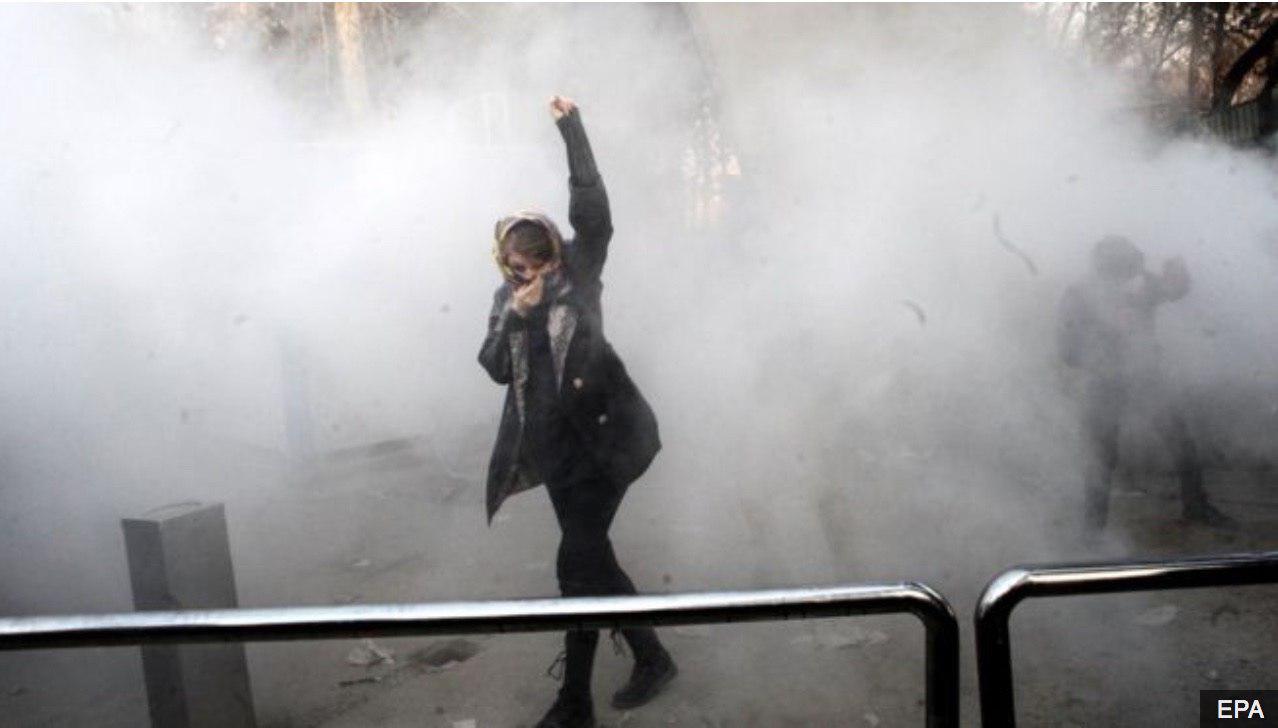 HRANA News Agency – The authorities, in addition to informing the two deaths in Dorud conflicts, gradually provided more information about hundreds of arrested people in the national protests on fourth days of the popular protests in various cities of Iran. At the same time, it is reported from Evin prison that prison authorities had prepared a certain place for accepting a large number of detainees by evacuating the halls of prison.
According to the report of Human Rights Activists News Agency in Iran (HRANA), Evin prison authorities have considered a certain place for keeping the detainees in recent days through evacuating the quarantine of ward 4 of the prison, which has a capacity of 180 people.
The authorities have started transferring older prisoners from these halls on December 30, 2017, and these halls were prepared for accepting the new detainees on December 31, 2017.
The place officially has the capacity of 180 people but prison authorities can also keep a multiplier population there.
At the same time, eyewitnesses told HRANA’s reporter that at least two buses of detainees, estimated to be more than 100 people, got off their passengers, who were gathered from various locations, especially the security police headquarters, in the prison on December 31, 2017.
The judiciary and security officials have not provided comprehensive statistics of the detainees. However, Tehran prosecutor had reported the arrest of a number of protesters in Tehran, without mentioning the number, in the meeting of Council of Deputy Prosecutors of Tehran on December 31, 2017.
In addition, deputy security police of Tehran governorate told ILNA about the arrest of 200 people in the gatherings in the central regions of Tehran on December 30, 2017. He added that these people were under the authority of the judiciary while others were released by Ruth. There were also several arrested students who were released; some of the students’ families were present in front of the university.
Ali Asghar Naserbakht also said that the total number of leaders who were arrested in the illegal gathering on December 30, 2017, was about 40.
On the other hand, on December 31, 2017, The Deputy Governor of Lorestan confirmed that two civilians were shot to death in the city of Dorud on December 30, 2017. Several protesters in Khorramabad were arrested, he added.
The deputy governor of Lorestan recalled: “in this conflict, we tried to behave peacefully but two people were killed in the incident.”
The Police Chief of Robat Karim also informed the arrest of a person named (R. E) who called for the protest rally on Instagram.
On the other hand, Jawad Karimi Ghoddoosi, the representative of Mashhad and Kalat in the Islamic Parliament, told Alef’s reporter about the arrest of several people protesting to the economic situation in Mashhad. Even though, officials have already reported the arrest of 52 people during the Mashhad protests.
Golestan Province Broadcasting reported that about 40 leaders and main elements were arrested in the gathering in Gorgan on December 30, 2017 and two detainees had come from Tehran to Golestan province.
In addition, at least 80 people were arrested and 4 were wounded on December 30, 2017, in the aftermath of violent attacks and beatings of protesters by security forces in Arak.
HRANA reported on December 29, 2017, that at least three students from Zahedan, Amin Rezai, Omid Arsalan Pejman, Yasin Mirzai were arrested by the police following the protests in Zahedan.
It should be noted that many people in many cities have gathered in Iran to protest the bad economic situation since December 28, 2017. Security agents used teargases and sprinklers water guns against protesters.
Protesters who had protested in the streets in the early days due to financial problems and bad economic conditions, in recent days, in addition to economic problems, have also severely chanted against the leaders of the country, including the Iranian leader and the ruling system, including Ayatollah Khamenei.