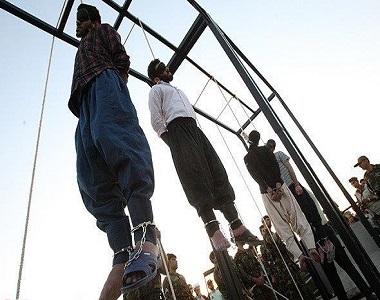 HRANA News Agency – Five prisoners, who were sentenced to death, were executed in “Shahab” prison in Kerman and 3 others were transferred to solitary confinements for execution.

According to the report of Human Rights Activists News Agency in Iran (HRANA), these prisoners were all sentenced to death on charge of drug related crimes who were 4 men and 1 woman. Ezat Sabeki, Meisam Shahraki and Ali Zehi are the names of three of them and others are unknown.

Three convicted of drug offenses were transferred to solitary confinements, on Thursday 30th July, in Bandar Abbas Prison for the execution and their identity according to HRANA’s resources were as following: 1. Yousef Shahnavazi Shahdadi from Kahnuj, 25 years old, 5 years imprisonment

2. Kamran Zaree from Orumieh, 47 years old, three and a half years imprisonment

Authorities and judicial departments have not released any information and clarifications about these executions.