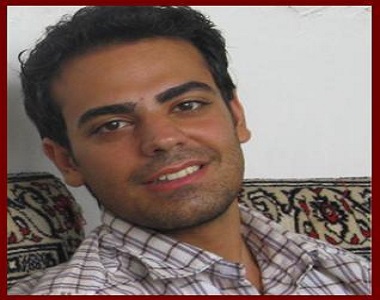 HRANA News Agency – The trial session of Mostafa Bordbar the arrested converted christian citizen who is currently imprisoned in ward 350 of Evin prison was held in Tehran.

According to a report of Mohebbat News, The trial session of Mohammad Hadi -Mostafa- Bordbar the converted christian from Rasht who was arrested on December 27, 2012 during last Christmas was held by judge Pirabbasi in branch 26 of Tehran revolutionary court on June 9, 2013.

The court announced charges of this christian citizen as “colluding and attending in home-church meetings” that according to Shima Ghoushe the member of human rights commission in Iran and Mostafa’s lawyer this accusation will result between 2-10 years imprisonment. But the final verdict is not announced yet.

Mostafa Bordbar was able to meet his parents a few minutes before his trial session in prison uniform and handcuffed but only his lawyer was allowed to enter the trial session. Now he is in ward 350 of Evin prison with other christian prisoners such as Farshid Fathi, Saied Abedini and Alireza Seyyedian.

Mostafa ,27, arrested after the invasion of plainclothes security forces to the worship gathering of the converted Christians for Christmas and new year.

Mostafa Bordbar was arrested once more in 2009 in Rasht on charge of converting to Christianity and presence in home-church. Also he was tried by branch 1 of court on charge of apostasy and after the trial sessions was released by bail and it has been added to his criminal records.

16 thoughts on “A converted christian has been tried”