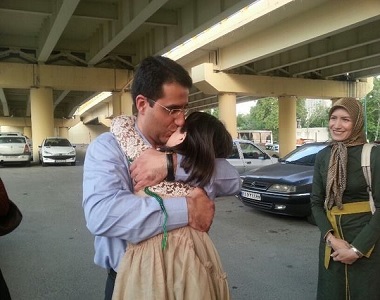 HRANA News Agency – Amin Chalaki, who was among the arrestees of tenth presidential election’s protesters, released after serving two years and six months in prison.
According to the report of Human Rights Activists News Agency (HRANA), Amin Chalaki, who was among the protestors that had been arrested after tenth presidential election, was released from ward 350 of Evin prison. He was sentenced to four years in prison by primary court, which was reduced to 2 years and a half by the appeal court.
Amin Chalaki was the executive officer of Mir Hossain Housavi’s campaign in Saveh city, on presidential election of 2009.
Previously, he was arrested in Saveh along with his wife and four year old daughter on January 17, 2010.