A letter from Ramin Zibaei, an imprisoned Iranian Baha’i 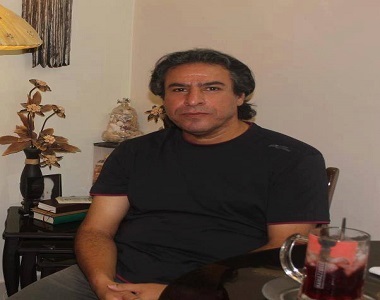 HRANA News Agency – Ramin Zibaei is a scholar of psychology and dean at the Baha’i Institute of Higher Education (BIHE) in Tehran who has been sentenced to 48 months in prison because of his role in educating Baha’i individuals. He is imprisoned in Rajaei Shahr prison, and his daughter has also been deprived of higher education.

He addressed a letter to the people of Iran, and a copy of the letter has been submitted to HRANA:

A 30 years vision that has not been changed

My compatriots, why you don’t stand up? Why your eyes are closed? Take a look around and listen to the complaints of suppressed people. It has been a long time that we cry out load, and our cry easily passed into the heavens, but you haven’t heard our voice. You may not have had any knowledge of what has happened to us in the past, but now you know everything. Tell me why your view has not been changed over the last 30 years? About 30 years ago when I graduated from high school, my family, friends, and school teachers were waiting to see at which university I would be accepted. They were wrong because my right of higher education at the university was denied simply because the applications were controlled based on the religion and I was a Baha’i’. Time passed and I was hopeful this vision will change and myself and my Baha’i’ compatriots will be granted the right to study at state universities. However, this didn’t happen and I was hopeful this vision will change for the future generation.

Therefore, I tried to inspire my children and young Baha’i students and helped them to stay up to date by teaching at the Baha’i Institute for Higher Education. For this reason, I was eventually imprisoned starting three years ago. Surprisingly, 30 years after depriving me from higher education, the authorities have recently banned my daughter from entering the university after taking the nationwide exam because of her Baha’i faith.

Now my dear compatriots, tell me what kind of justification is behind this vision that has deprived two generations from their basic rights in Iran, and how long will it be continued? Is there any hope that our third generation (i.e. the children of our children) will not be victims of this discrimination? Isn’t it true that you and I and our children constitute the nation of Iran? Don’t we belong to this country? Isn’t this a common feeling and being “countrymen” binds us together? Isn’t it true that we, Iranians, pride ourselves in being “Iranian”? Do you know why we, Iranians, when seeing our compatriots in different corners of the world become extremely happy? Isn’t this because we actually don’t feel lonely and homesick at that moment?

So, you, my dear fellow Iranian, tell me why I and my children should feel lonely in our homeland and among our own people because of these discriminations? We are all the people of Iran who are blessed by living in a “holy nation” and being beneficiary of one source called “Motherland”; where is the feeling of brotherhood and unity? Where is the bravery of Iranians? Dear countrymen, last week we celebrated the week of “holy defense” in the memory of the men and women who preserved the freedoms and sacrificed their lives during the 8 years of war against our country. They defended this land and preserved it for us, for all of us. Didn’t they bravely sacrifice their lives for anything but “love for our motherland”?

These days I remember the early years of 80’s when I attended the military service despite the fact that I was deprived of higher education at the state universities. Except the first three months of military training, I spent 21 months in the war fronts defending my homeland and fighting for a common cause. As a Baha’i I, too, wanted to fight for my country and bring peace and security and dignity to our country. But what happened after the peace in the country, and why my hopes to resolve misunderstandings and discrimination did not materialize? Why these discriminations continued after my generation until the present time? Can you feel how hard it is to love your country, you’re, and yet your countrymen deprive you of your basic rights? It is like you’re in your own home but your family members consider you an alien; wouldn’t you feel lonely?

Therefore, my dear countrymen, you and I are children of a big family named “Iran” and we live like brothers and sisters on the same soil. As it is my responsibility to defend my country, our common values and dignity, it is also your responsibility to stand up against all discriminations that your fellow compatriots are facing in the area of basic education and secondary education. I ask all of the children of this land to demonstrate sincere and courageous actions to convert the current loneliness and alienation into brotherhood and unity.
“Long live the dignity and honor of our homeland »