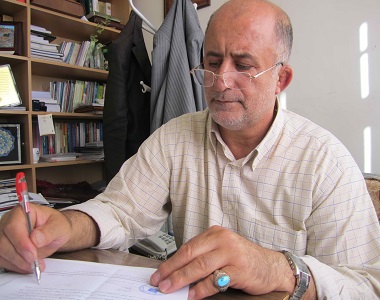 HRANA News Agency – A group of Azerbaijani civil activist, from West Azerbaijan province, had a meeting with a Member of Parliament of Iran (Majlese Shoraye Islami), and stated their objection regarding the recent detention of civil activists in their province, and against the prevention of International Mothers Language Day’s celebration.
According to the report of Human Rights Activists News Agency in Iran (HRANA), a group of civil activists of West Azerbaijan province had a meeting with Urmia’s Member of Parliament, Mr. Ghazipoor.
At this meeting civil activists expressed their protest and concern about the civic activists’ detentions in recent days in this area and also announced their dissatisfaction regarding rejected permission for the International Mother Language Day celebration, by the relevant institutions.
Gentlemen; Hasan Rashedi, Circus Ebrahim Nejad, Sayad Mohammadian, Akbar Azad and Ms Shiva Dadashzadeh were among the visitors with this MP, who emphasised on the freedom of recent detainees and particularly, expressed their concern about Ali Rezaei, because after 20 days,  there is no information about him.