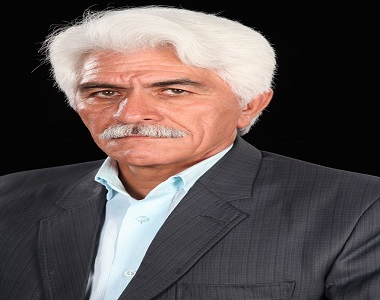 HRANA News Agency – Akbar Azad, the Azeri activist who was arrested on International Mother Tongue’s Day, has been released on bail.
According to the report of Human Rights Activists News Agency (HRANA), Akbar Azad, the Azeri political activist, who was arrested on charge of having speech on Internanioal Mother Tongue’s Day in Tehran last March and was transferred to Evin prison has been released on 150 million Tomans bail, on Saturday, May 17.
Need to be mentioned, he had spent two months in solitary confinement of ward 209 and was transferred to ward 350 on April 20.
Regarding the other arrested activists, currently, Alireza Farshi, Behnam Sheikhi, Rostam Kazempoor and Mansour Fathi are released on heavy bails, but two other activists, with the names of Hamid Manafi and Mahmoud Ojaghloo are still under arrest.
Need to be mentioned, Manafi and Ojaghloo are on hunger strike since May 8, and the physical condition of Hamid Monafi is reported critical.