On June 17, a member of the medical staff of Namazee Hospital in Shiraz was arrested by security forces after speaking out against the Islamic Republic.

Based on a video posted on social media, the citizen was forcefully arrested by security forces.

As of this writing, no information is available on his whereabouts.

27 Citizens Arrested In Gilan in Connection with the Presidential Election 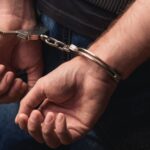 Gilan deputy police chief Hossein Hassanpour stated 27 citizens in Gilan province were arrested for what he called “harming the health of the elections”.

According to HRANA, the news agency of Human Rights Activists, quoting ISNA News, Hassanpour stated that the Gilan Public Security Police has verbally dealt with 85 other people so far.

The report does not mention the identities of the detained citizens or their detention status. 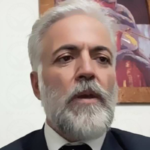 Political prisoner Abdul Rasoul Mortazavi was sentenced by Branch 26 of the Revolutionary Court of Tehran to two additional years in prison in a new case recently opened against him.

According to HRANA, the news agency of Human Rights Activists, the new charges against Mortazavi include “propaganda against the regime” and “disturbing public order”.

Mortazavi, who lost his leg during the Iraq-Iran war, was transferred from Evin Prison in Tehran to Rajai Shahr Prison in Karaj in early April. During the move, prison authorities took his prosthetic leg and did not return it.

Under the pretext of finally giving back his leg, officials then transferred Mortazavi to solitary confinement in Rajai Shahr on April 20th, where he is currently being held. He has been denied requests for sick leave and denied the right to make phone calls while in solitary confinement. His leg has still not been returned.

In mid-August 2019, Abdol Rasoul Mortazavi and 13 civil society activists published an open letter and requested the resignation of Ayatollah Khamenei. He was subsequently sentenced to 26 years in prison, from which 11 years are enforceable.

Shaker Behrouz on a Hunger Strike in Urmia Prison 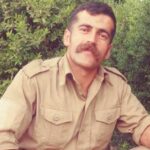 Political prisoner Shaker Behrouz has been on a hunger strike since June 13 in Urmia Prison.

According to HRANA, the news agency of Human Rights Activists, Behrouz’s hunger strike is in protest of his unjust death sentence and long-term detention in solitary confinement.

Behrouz became a member of one of the Iranian Kurdish opposition parties located in Iraq in 2018, but later that year, he got a safe-conduct letter and returned to Iran.

32-year-old Behrouz was first arrested by Ministry of Intelligence agents in March 2019 and sentenced to five years in prison for membership in an opposition party (KDP).

Later, Branch 2 of the Urmia Revolutionary Court, presided over by Judge Ali Sheikh Lou, further sentenced Mr. Behrouz to death on charges of armed rebellion through membership in an opposition party and the murder of a member of the Revolutionary Guards.

12 separate people testified that at the time of the murder, Behrouz was in a shop in Dizaj town of Urmia city, nowhere near the scene of the crime. However, the court refused to hear the witnesses’ statements and convicted him anyway.

An informed source additionally told HRANA that the victim’s family has stated they did not file a lawsuit against Mr. Behrouz and believe in his innocence. They are even willing to testify in court to that end.

Shaker Behrouz is the son of Salim, and a resident of the Dizaj region of Urmia city in West Azerbaijan Province.

On Wednesday, June 16, three brothers from Ramin village of Chabahar in Sistan and Baluchestan Province, were arrested by intelligence agents.

According to HRANA, the news agency of Human Rights Activists, quoting the Baloch Activists Campaign, the arrested brothers were Yaser Baluch,  Ali Baluch, and Balach Baluch.

Per the report, an informed source said, “These brothers have been arrested for protesting the confiscation of a piece of land called Eidgah by the Housing Foundation of Islamic Revolution.”

As of this writing, the Baluch brothers’ whereabouts are unknown. 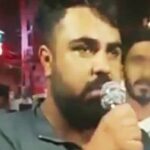 Political prisoner Motaleb Ahmadian, who is currently in his 11th year of imprisonment in Rajai Shahr Prison in Karaj, has been denied medical care despite his serious physical and mental condition.

According to HRANA, the news agency of Human Rights Activists, Ahmadian has been suffering from orchitis during the past years and the infection has now been transmitted to his bladder.

According to a source close to the prisoner’s family, Ahmadian recently reported in a phone call that his physical and mental condition had deteriorated following a lack of medical attention. “Officials promised to take him to a hospital for treatment but as of yet they have not fulfilled their promise and the prisoner’s physical condition is getting worse by the day,” the source said.

Earlier, the infectious disease specialist and general practitioner doctor at Evin Prison Medical Center had repeatedly emphasized that Ahmadian must be visited by a surgeon and urologist and that chemotherapy, sonography, and related tests must be performed. The specialist further emphasized that Mr. Ahmadian needs an MRI every six months due to a spinal complication and should visit a neurologist to prevent the disease from progressing and treatment. This has not been achieved so far due to opposition from Amin Vaziri, the assistant prosecutor in charge of political prisoners.

37-year-old Motaleb Ahmadian was arrested in October 2010 and, after about 230 days in solitary confinement, he was sentenced to 30 years imprisonment in Minab Prison, far from his hometown of Baneh City in Kurdistan Province.

At his first lawsuit, Ahmadian was arrested on a charge of Moharebeh, a pillar of Sharia Law that is typically applied to those connected to acts of armed rebellion against the state. The term, which can be loosely translated as “waging war against God”, has been used to incriminate members of opposition groups that may have used violence to rebel against the Islamic Regime, even if they themselves have not been involved.

Three more cases were later opened against Ahmadian and he received more sentences, including fines and imprisonment. 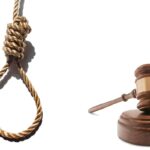