A woman was flogged and hanged in Varamin 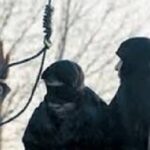 END_OF_DOCUMENT_TOKEN_TO_BE_REPLACED

Mohsen Dogmechi’s wife is called to the prison 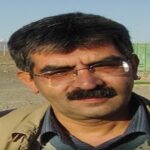 HRANA News Agency – The prosecutor of Tehran has called Mohsen Dogmechi ( the political prisoner who died of cancer if Rajai Shahr prison)’s wife to the prison, since the 3 years of prison sentence about her has been confirmed.

According to a report by Human Rights Activists News Agency (HRANA), Maryam Alangi had been sentenced to 3 years of prison in the section 15 of the revolutionary court of Tehran and the section 36 court of appeal in Tehran confirmed the sentence afterwards.

According to this sentence she must serve these 3 years in exile in Rajai Shahr prison but since the women section of this prison is closed it is not clear which prison she must go to. END_OF_DOCUMENT_TOKEN_TO_BE_REPLACED

Absolute ignorance from Jamile Karimi’s condition since she arrested

HRANA News Agency – It is more than one week Jamile Karimi the member of Fars provincial reformists coalition is under arrest and there is no news about her condition.

Ex-head of Fars students association front said about arresting Jamile Karimi the member of Fars provincial reformists coalition that “According to our information she arrested on Wednesday April 10, 2013 by plainclothes agents -who introduced themselves as Fars Intelligence service agents- and inspected her home, confiscated some of her personal belongings then with presence at her workplace -Girls School- and inspecting her workplace, transferred her to the intelligence center of Shiraz known as No.100.” END_OF_DOCUMENT_TOKEN_TO_BE_REPLACED 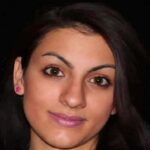 HRANA News Agency – A Baha’i citizen from Esfahan has been arrested and transferred to unknown location.

According to a report by Human Rights Activists News Agency (HRANA), On February 12th of 2013 Etela’at agents invaded a Nava Na’imis’ house and inspected all her house which is located in Baharestan of Esfahan and took away her computer, books, religious and personal photos, arrested her and transferred to an unknown location.

END_OF_DOCUMENT_TOKEN_TO_BE_REPLACED

HRANA News Agency – Female students in Iran have been barred from more than 70 university degree courses in an officially-approved act of sex-discrimination which critics say is aimed at defeating the fight for equal women’s rights.

In a move that has prompted a demand for a UN investigation by Iran’s most celebrated human rights campaigner, the Nobel laureate Shirin Ebadi, 36 universities have announced that 77 BA and BSc courses in the coming academic year will be “single gender” and effectively exclusive to men.

END_OF_DOCUMENT_TOKEN_TO_BE_REPLACED

A Woman Burned Her Husband With Acid for Polygamy

HRANA News Agency – In retaliation for polygamy, a young woman in Khomein County burned her husband with acid while he slept.

According to a report by the state media in Iran, the young woman has confessed to burning her husband with acid and has further explained to the investigators that she committed this act because her husband took a second wife.

This woman told the police, “My husband met another woman and married her while I knew nothing about it.  Our marital problems began then.  I sought to take my revenge.”

She added, “When my husband came back to see me, I decided to carry on my plan.  I obtained acid, and when he fell sleep, I throw acid into his face.  Because his face and eyes were burning, he woke up screaming with pain and asking for help.”

After her confession, this woman was booked and locked up behind bars.  Investigations into this act of revenge continue.  It has been reported that her husband’s face has burned severely, he was taken to the hospital while he was unconscious.