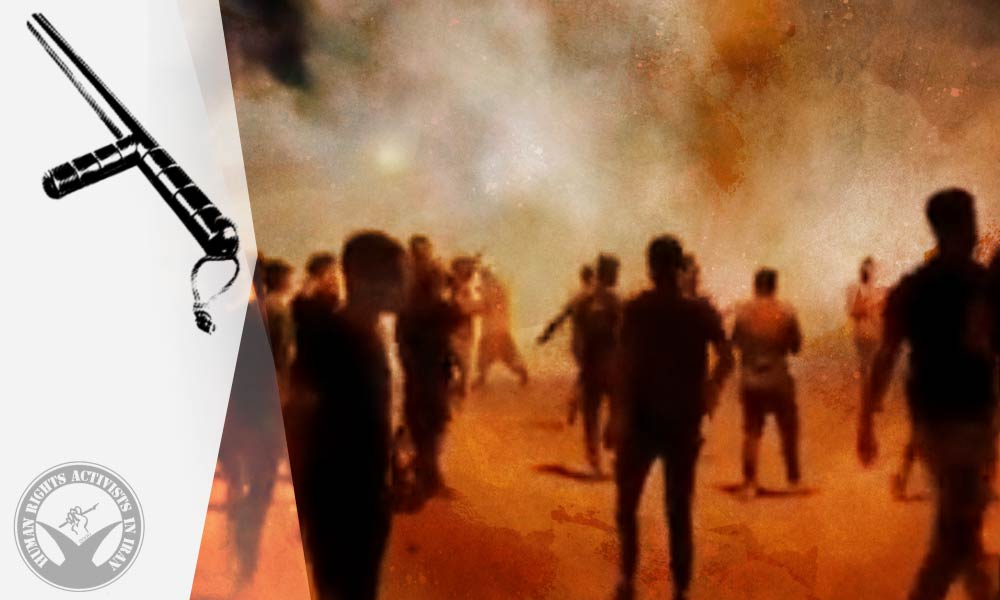 On September 20, 2022, nationwide protests over the death of Mahsa Amini by Morality Police were held in at least 26 cities in Iran. In most cities, the protest turned violent as the police used teargas, pellet guns and shotguns against the protestors. According to the reports obtained by HRANA, the internet and phone services were shut down or disrupted in numerous cities across the country, including in Arak, Qazvin, Kermanshah, Bukan, Baneh, Sanandaj, Tehran, Saqqez, and Ahvaz.

On several university campuses, students held protests against compulsory Hejab. In many cases, the university security used violence against the students.

During the past few days since the death of Mahsa Amini, several individuals have been arrested. 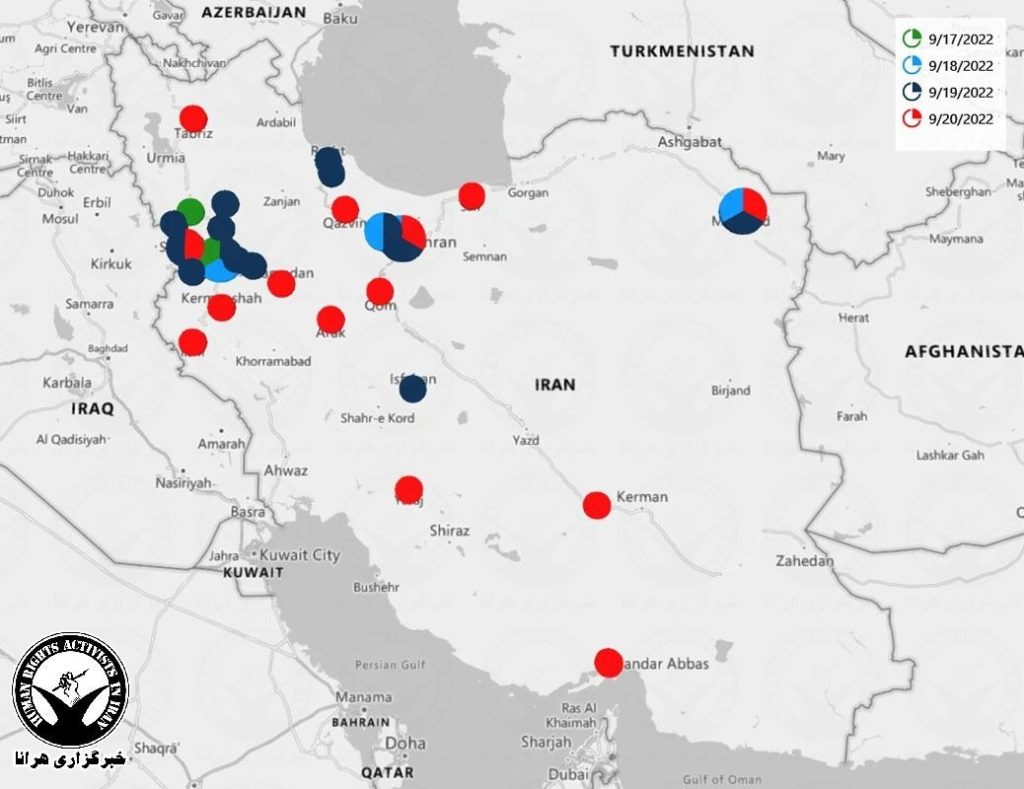 During these protests, Iranians chanted slogans such as “woman, life, freedom”, “we are all Mahsa, we will fight back”, “from Kurdistan to Tabriz, we are fed up, “justice, freedom, not compulsory hejab”,  “students die, but do not accept disgrace”, “years of atrocities, death to the regime.”

As the map below illustrates, during the past four days, cities such as Arak, Qazvin, Kermanshah, Bukan, Baneh, Sanandaj, Mashhad, Tehran, Saqqez, and Ahvaz faced internet and mobile service disruptions or shutdowns. 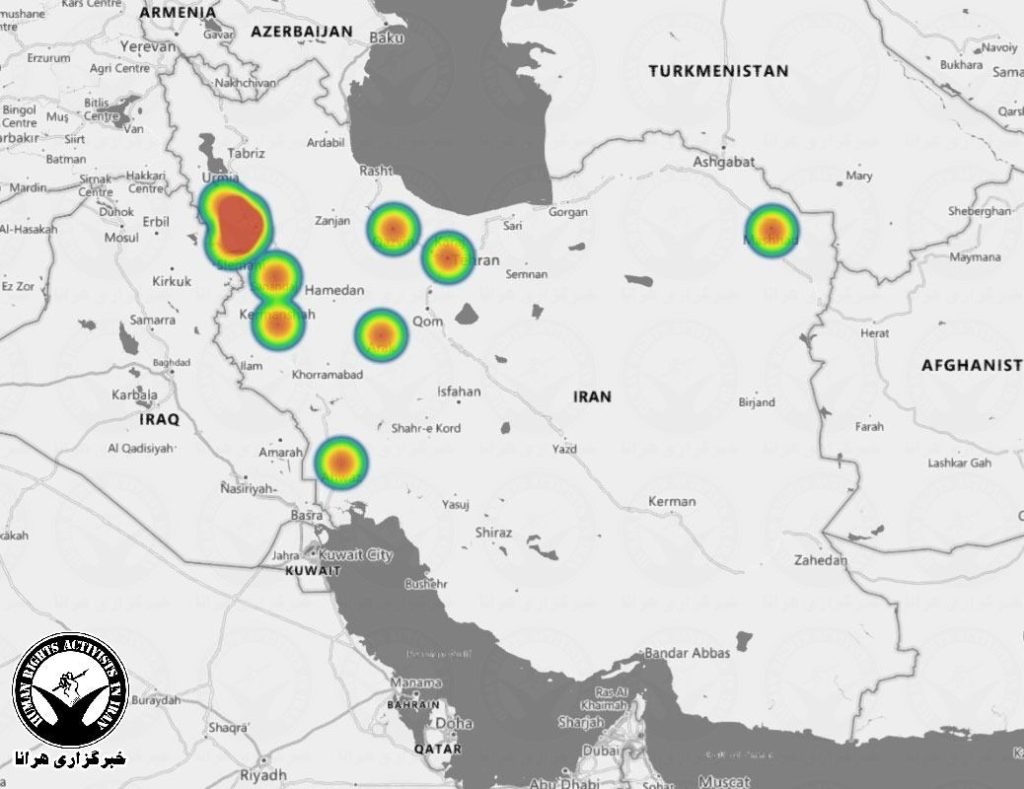 The representative of Saqqez in the parliament said that if the city remains calm, the internet will be connected again.

In response to a user’s comment asking if Starlink can be used for satellite internet access, business magnate Elon Musk asserted “The Starlink will ask for an exemption to Iranian sanctions in this regard.”

Mahsa Amini was arrested by Tehran Morality Police at a train station for improper hejab. She fell into a coma after a head trauma caused by police brutality and later died at a hospital in Tehran.

Below is a compilation of the videos gathered on the fourth day of protests in Iran: