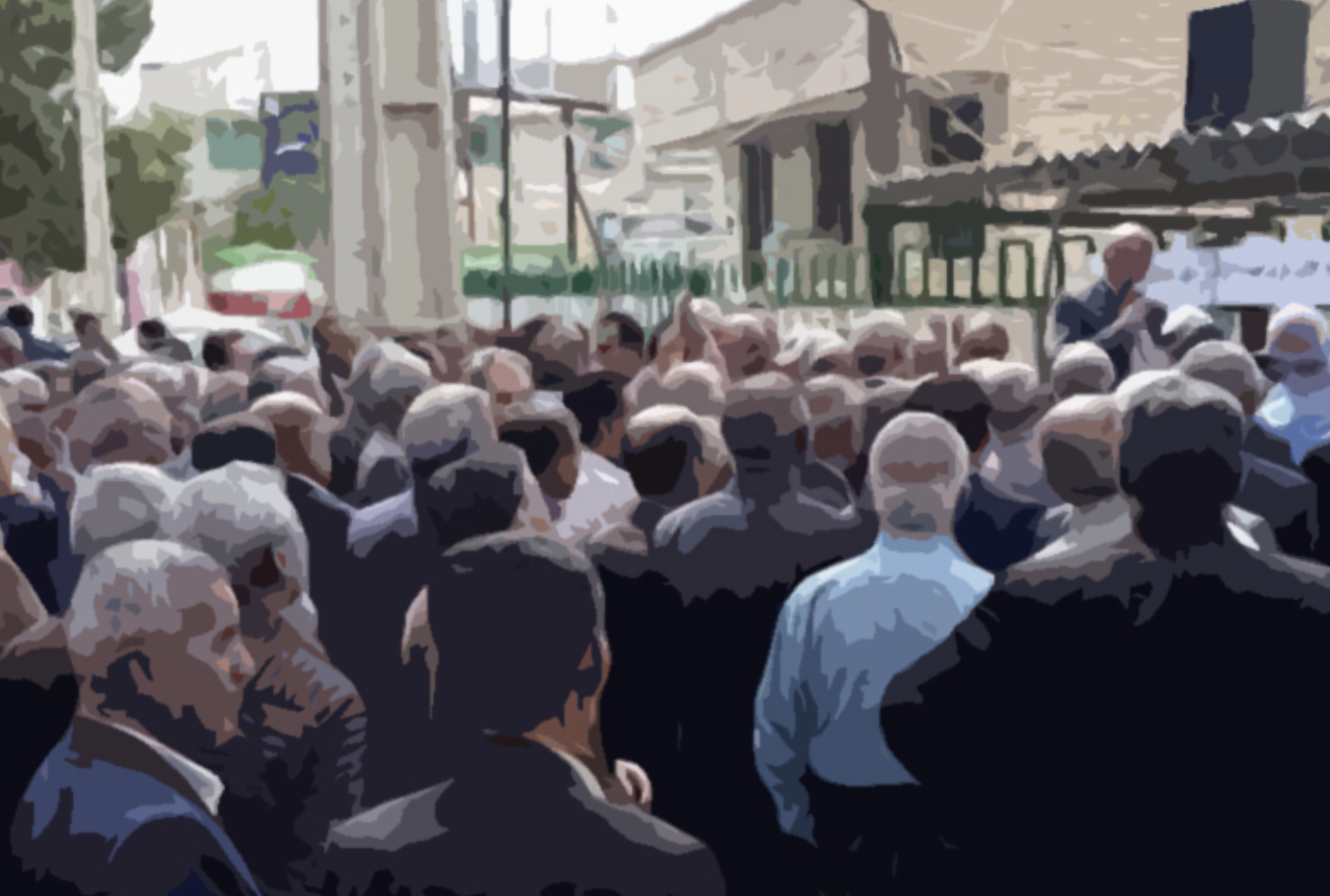 A group of the citizens of Chabahar City located in Sistan and Baluchestan Province held protests at the place of a housing construction project in Osman Abad Ramin. Despite the promises of the Housing Foundation of Islamic Revolution, which is in charge of the project, these citizens have not received their pre-purchased houses. According to the protestors, project management has never given a good reason for stopping the project.

A group of workers of the Kut-e Abdollah Municipality assembled and protested before the governorate building in Ahvaz City. Since last Wednesday, they have been on a strike in protest against four months of unpaid wages and unpaid employer insurance contributions. Reportedly, instead of addressing their issues, the municipality has employed daily wage workers as an attempt to break the strike. 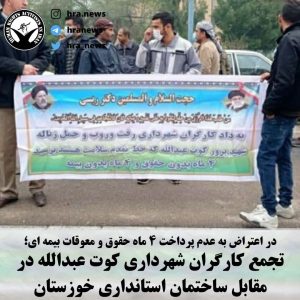 The victims of fraudulent acts by the Amitis Fardad Kar Company assembled before the courthouse of Zone 31 in Tehran City in protest against the shortcomings of prosecutors of the legal case. They also wrote an open letter to the head of the Disciplinary Tribunal of Judges.

Dozens of pensioners of the Social Security Organization in Kermanshah, Khorramabad, Ahvaz, Rasht and Qazvin cities assembled before the buildings of the organization. In Tehran, they assembled before the Parliament. These protestors asked for raising wages to stand above the property line, closing wage disparities and implementation of Article 96 of social security law among other demands.

The retirees of the Tehran Telecommunication Company assembled before the building of the Execution of Imam Khomeini’s Order in Tehran to ask for their pension demands. 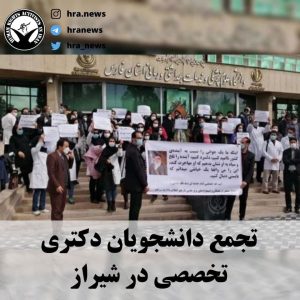 Once again, the victims of fraudulent acts of the Amitis Fardad Kar Company held protests before the Courthouse of Zone 31 in Tehran City.

A group of workers of Khorramshahr Municipality assembled in front of the governorate building and the Islamic City Council office to demand their unpaid six-month wages. 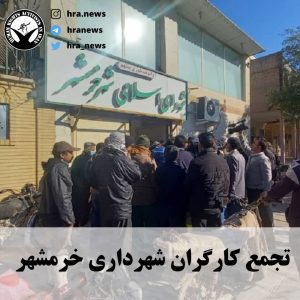 A group of the personnel of the Department of Environment assembled before the parliament to protest against low wages. 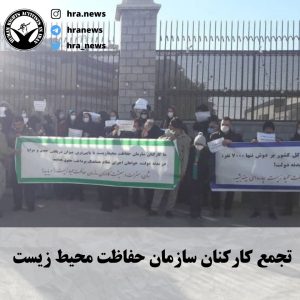 The personnel of the Telecommunication Company in Gilan Province went on strike and assembled at their workplace to ask for the readjustment of job contracts, implementation of a “Job Classification Plan” and issues regarding health insurance. 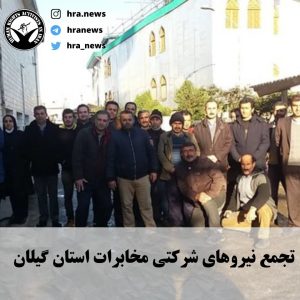 Dozens of firefighters of Tehran’s fire department assembled before the municipal building to protest against their poor living conditions, lack of workplace safety, low wages and other issues. It is worthy to mention that this protest was held on the anniversary of the Plasco Building Collapse incident in which 16 firefighters lost their lives.

For the second consecutive day, the personnel of the Telecommunication Company in Gilan Province assembled in their workplace to ask for permanent job contracts and the implementation of the “Job Classification Plan” and not fully paying the employer’s contribution insurance. They said that after the protest yesterday, some of them has been threatening to be fired. They announced, however, that they would continue their protest until company management fulfills their promises. 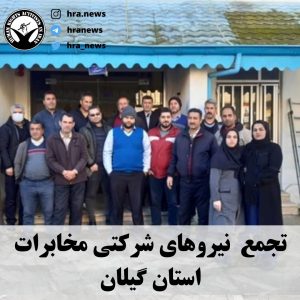 A group of personnel of Tehran’s Water and Wastewater Company assembled before the building of this company in Tehran City. They asked for removing private companies and making their contracts permanent. In September of last year, a plan called “reorganizing the employment of government employees plan” was proposed which has not yet been enacted. Iran’s Administrative and Recruitment Affairs Organization claims that the government cannot financially afford to put the plan into action. Consequently, the government was given the task to provide an alternative bill within 45 days, which has not yet been fulfilled. 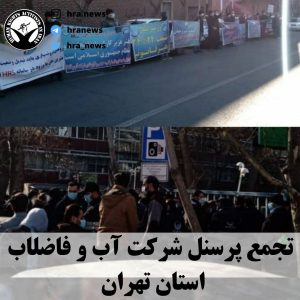 A number of engineers in Razavi Khorasan Province assembled before the building of the Ministry of Roads & Urban Development to protest against a failure to enact new annual engineering fees for engineering system services.

In Tehran, a group of citizens who lost digital currency in the cryptocurrency exchange Cryptoland assembled before the Tehran Public Prosecutor’s Office to ask for the return of their money.

A group of workers of Iran Ofogh Company went on a strike in Yadavaran Oil Field in Khorramshahr City to demand their delayed payments and the implementation of the “Job Classification Plan.”

A group of stock market shareholders who lost their investment due to fraudulent activities in Iran’s stock market held protests before the Parliament in Tehran.

A group of the residents of Sanandaj City assembled before the municipal building to that the government address recent cutoffs of gas, water and electricity in some areas due to recent heavy snowfall. Additionally, many bakers have not received their flour quota, which hit the city with bread shortages. 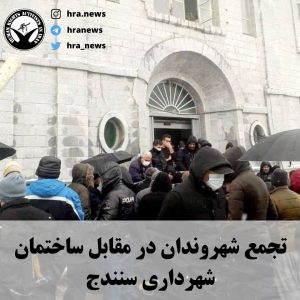 A number of workers of the Sugarcane Agro-Industry Company Miandoab went on strike and assembled at their workplace in Shush City. They protested against low wages and unfair job contracts.

A group of farmers from an area in Firuzabad County located in Fars Province assembled before the governorate building to protest against a failure to compensate for the farmland and houses that have been submerged due to a dam project. 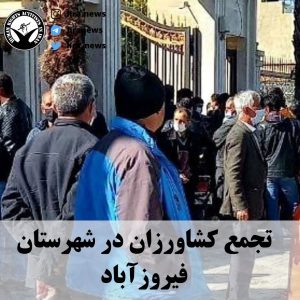 In Gilan Province, a number of citizens with disabilities who are supported by state welfare organizations protested against the state’s failure to complete a housing project after 14 years.

A group of bus drivers in Urmia assembled before the municipal building. They pulled their buses from the city transport system in protest against a lack of payment regarding the ticket prices from the municipality.