A number of workers of the Zanjan Regional Electricity Company gathered in front of the company building to demand a fair increase in wages. According to these protestors, six months after the beginning of the year, the company has not yet announced how much their salaries will increase.

In Ardabil, a number of pensioners of the Social Security Organization continued their protests. 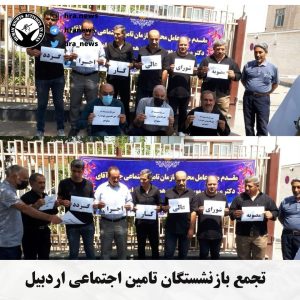