A number of personnel of the Ministry of Petroleum from various cities gathered in Tehran in front of the building of this ministry to demand fair wages and improvements in pension funds. 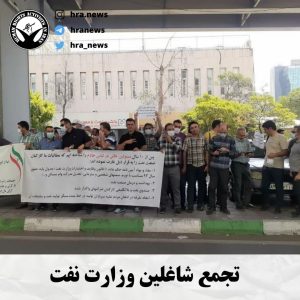 In Ahvaz, the pensioners continued their protest in front of the Governor’s office. According to the protestors, the government is obliged to increase the pensions in compliance with the Supreme Labour Council’s enactment.