On Saturday, July 2, 2022, fourteen protests took place in Iran. Read our review below for details, photos, and videos from these demonstrations:

Continuing their protests against the insufficient annual pension increase, the pensioners rallied in Shushtar, Shush, Zanjan, Isfahan, Sari, Dezful, Karaj, Ahvaz, Abadan, Khorramabad, Hamedan and Kerman. They chanted slogans against the government and called the president a liar for failing to keep his promises. In Arak, the protest turned violent by security forces. 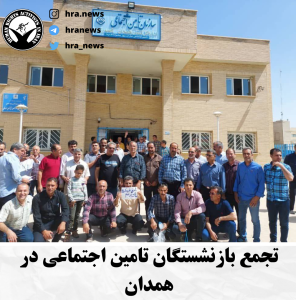 A number of citizens, who have lost their money in the recent robbery of Iran Safe Deposit Boxes of Melli Bank, protested in front of the central building of the Judiciary in Tehran. They demanded the return of their stolen money.

On June 6, 2022, dozens of safe deposit boxes from Melli Bank were stolen by some burglars. One day after, a protest took place, which turned violent by security forces. According to some witnesses, the police and security agents used live ammunition against the protestors.