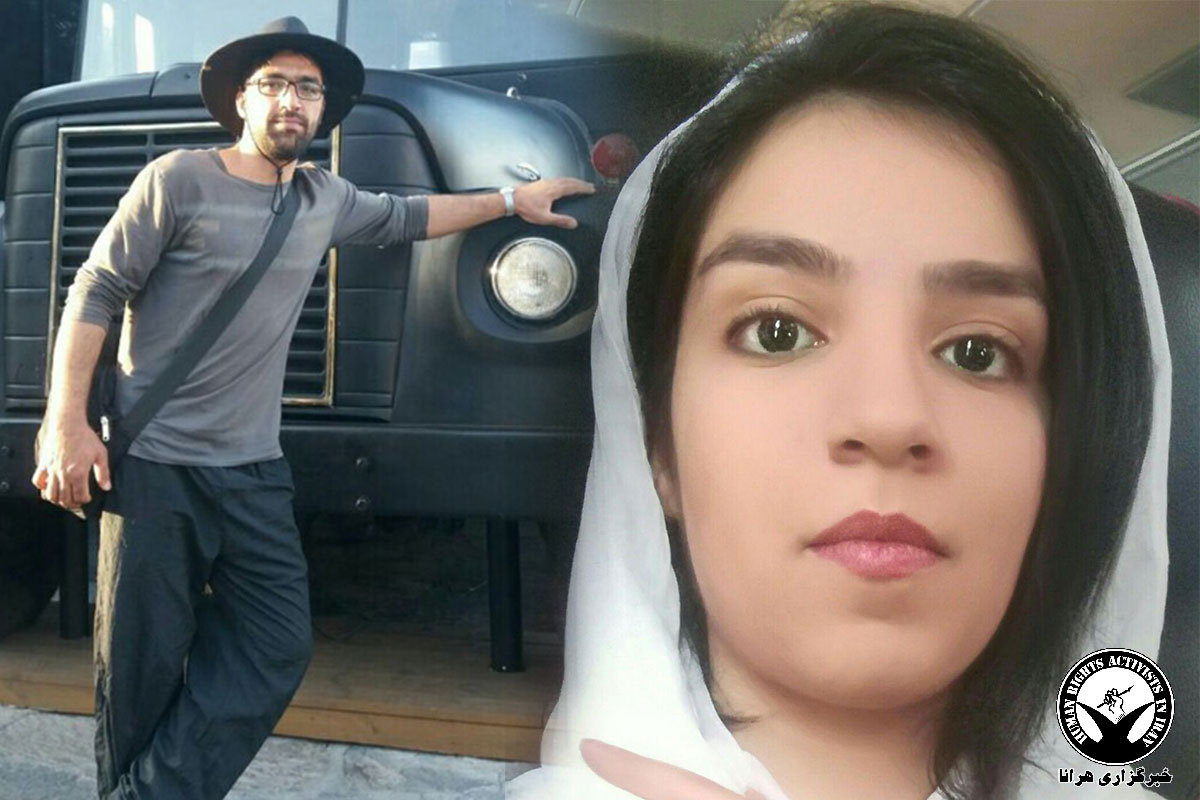 Human Rights Activists News Agency (HRANA) – Fatemeh Mohammadi, 19, is a new Christian convert who was arrested in November 2017 and subsequently sentenced to six months in prison by the Revolutionary Court in Tehran. Ms. Mohammadi was recently released after serving her sentence in the women’s ward of Evin Prison. In an open letter, she talks about the pains and suffering she had to endure during the interrogation period. Ms. Mohammadi explains in her letter the ways she was insulted, mistreated, and felt unsafe due to her gender.

HRANA has received the full text of Fatemeh Mohammadi’s letter:

In all the interrogation sessions the interrogators asked me [whether I have had] sexual relations. In the second interrogation session, one of them said: “We have asked Haj Agha(1) to come and speak to you.” [I was blindfolded, but] from the speaking manner of Haj Agha, I believe he was a cleric. The first question he asked me was: “Have you ever had any relations with anyone?” “What kind of relations?” I replied. “Bad, immoral relations,” He said. I got very frustrated and said: “I have never been involved in any relationship; you are slandering me. What you are doing is not right or moral.” The man replied: “There is evidence that you have done so.” He was speaking in a calm and emotionless manner.  I told him while crying: “How could there be evidence when I haven’t done anything? I don’t know what type of evidence you have forged against me.”

In other questioning sessions, they asked me: “What were you and the other person doing exactly in your sexual relations?” No matter how much I insisted that I have never had a sexual relationship, they would not accept it. While asking these questions they instructed me: “Remove your blindfold, turn to us and answer our questions in detail.” I told them: “It is difficult for me to speak about such topics.” They responded: “Then write it down.” Without waiting for my reply, they placed interrogation papers in front of me. “Writing is even harder than speaking,” I said. They stood up next to me and kicked my chair so that I would get scared and give in. I was under duress until the last moment of interrogation to write down what they asked me to.

Another interrogator, whose voice was different than the previous interrogators and who was the only one who did not instruct me to remove my blindfold, asked his colleague to hand me the paper in order for me to write down an explanation. I could not take it anymore and started to scream. They kicked me out of the questioning room and returned me to solitary confinement. I have to point out that in all the interrogation sessions, an interrogator would always sit very close to me.

A few days before my arrest, one of my close friends asked me to read her favourite prayer poem to her. I sent her the poem as a voice file. This was one of my last chats. As a result, when the interrogators were inspecting my Telegram account, they found this chat very quickly, and played the audio file in the small room filled with interrogators. One of them laughed and imitated my reading of the poem. They all laughed at me. They called me by my first name in a very improper and offensive manner, laughing loudly each time. The sound of the laughter of one of them made me think he was choking. I was feeling very sick during that session, and felt an excruciating pain in my chest; I could barely breathe and started to cough incessantly.

They attempted to force me to [falsely] confess to illicit sexual relations with men. At times, they pursued a line of questioning that would lead them to that conclusion. Their entire objective was to make this accusation stick and force me to make up a story about sexual relations for them to read and enjoy. I could not imagine any other motivation for their actions, because sexual relations had nothing to do with my case.

These harassments were not limited to us. They stopped at nothing, even accusing my mother of sexual affairs. They mentioned [my mother] to Mr. Souzanchi as well. When my mother discovered this, she was extremely upset.

On the first night of my arrest, I was taken to Ward 209 of Evin Prison where the women prison guards forced me to undress completely while they watched me. I successfully resisted. They even took my elastic hair band, and as a result, my hair was unruly. When they were taking me for interrogation, I was forced to wear loose pants, an overcoat, a large headcover (2), a chador, slippers, and blindfolds. The headcover they had given me was too large for my head, and my hair kept sticking out in an unruly manner. When I exited the car, an interrogator yelled at me: “Tuck your hair back in. You are making me mad. You don’t want to see me angry.” However, the headcover was too large, and my hair kept falling out. The [interrogators] screamed at me repeatedly. It was frustrating to see them so sensitive about my hair sticking out of my headcover when they had asked me to remove my blindfold and stare at them while they asked me about illicit sexual relations. I was bewildered.

When the sleeves of my overcoat would pull up and my hands & arms were exposed, the interrogator would ask me to pull my sleeves down. Since I had delicate hands, he kept staring at them.

When I was in prison, I launched a dry hunger strike, despite my weak physical condition, in order to object to the insults against me and my written request for a copy of the [Bible] being rejected. On the second day of my hunger strike, my heart was in poor condition. Upon my and my inmates’ insistence, the prison officials agreed to take me to the prison’s clinic. They decided to perform ECG (electrocardiography).  When I entered the room, a man came toward me, but I did not cooperate, because it was difficult for me to accept that a man was going to perform the test on me. The shift doctor, Mr. Mortazavi, argued with me and kicked me out of the clinic. He then wrote a false report depicting me as immoral and responsible for this ordeal. A woman agent signed the report despite witnessing the entire incident.

Another noteworthy point is that in Ward 209 the shower time is 30 minutes. If an inmate takes even one minute longer than that, a woman prison warden would open the shower door without warning and start arguing and staring at the prisoners. No matter how much I asked them to stop staring, they would continue. When I protested against this practice, they told me: “Since [the prison guards] are women, there is no problem.” They were oblivious to the fact that personal space should be respected regardless if a person is a man, woman, child, or blind.

A source close to these two individuals told HRANA: “Ms. Mohammadi was only accused of membership in evangelical groups and evangelicalism at the time of arraignment. However, during legal questioning, the investigator, Mr. Samad Hadipour, insulted Ms. Mohammadi’s beliefs, and she defended them in response. That is when Hadipour called her an insurgent against the regime and added the charge of ‘Acting against national security through propagating against the regime’ to her case.”

1) Haj Agha is a term used to address a religious man especially one who has made the pilgrimage to Mecca.

2) The headcover referred to here, Maghna’a, is a triangular piece covering the hair, the neck and part of the chest.

3) There is a legal questioning/interrogation phase in the Islamic Republic’s legal process which is distinct from the interrogation of prisoners while they are in prison. The former is part of the legal system while the latter is led by self proclaimed “experts” of the Iranian regime’s security apparatus. To differentiate, we used “investigator” as the legal party and “interrogator” as the security agents who engage in interrogation during the detention period.