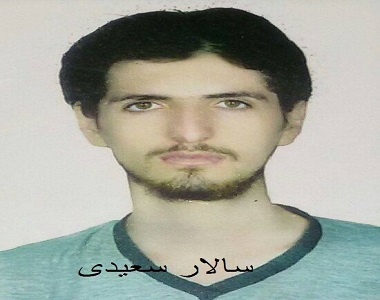 HRANA News Agency – Shoresh Ayeneh Bokani and Salar Saeidi, after 3 months in solitary confinement are still in suspended status after 3 months in solitary confinement.
According to the report of Human Rights Activists News Agency (HRANA), Shoresh Ayneh Bokani, son of Osman, born in 1981 and Salar Saeidi, son of Seyed Reza, born in 1993, both from Mahabad, were arrested by security forces on 5th October at the day of one of Muslims’ Eid, and were transferred to Intelligence office in Uremia.
An informed source told HRANA’s reporter, “These two civilians are still kept in solitary confinement without any news after four months.”
The source added: “So far, they have just had a 3-minute-phone contact with their families after three months, but they told their families that they do not know in which city and where they are. It is more likely that they have been transferred to ward 209 in Evin prison. Also, their families have attempted several times to see their children, but they are prohibited from any visits.”
It is to say, that no precise information was obtained regarding the charges against these two residents of Mahabad, so far.