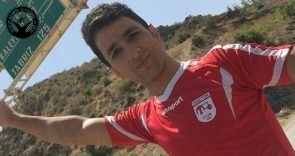 A Meshgin Shahr resident, Safabakhsh was arrested on November 25, 2018 and was transferred to an unknown place. He is detained at the Ward 4 of the Evin prison.