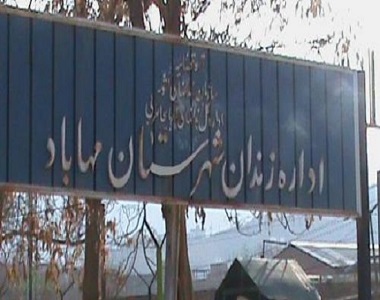 HRANA News Agency – Mohammad Abdullahi who has been charged on collaboration with Komala party, has been sentenced to execution by branch 1 of Mahabad revolutionary court.

According to the report of Human Rights Activists News Agency in Iran (HRANA), this political prisoner who was arrested in 2010 in Mahabad, has been tortured severely during the interrogation sessions.

Due to torture severity his leg and hand was broken and because he was neglected in terms of medical treatment, his leg’s bone realigned crooked.

Evidently some of his teeth have been broken under the tortures and this affected his digestive system in the past three years.

It is worth noting he is the brother of Mohammad Amin Abdullahi the other political prisoner and after 11 times of summoning to the court his imprisonment verdict has been changed to execution on charge of enmity against God through membership in Komala party.

Apparently he was deprived of access to lawyer in all of his trial sessions.

One of the prisoners said “Mohammad  has not declared any avowal in the interrogations and that is why trial was held 11 times, but after all his execution verdict is given to him verbally in prison.”