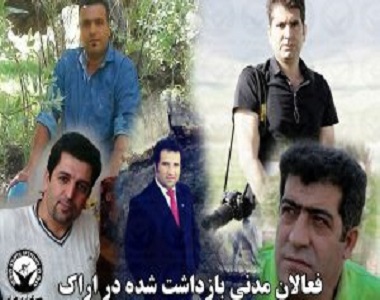 According to the report of Human Rights Activists News Agency in Iran (HRANA), a number of civil activists from Shazand and Astaneh who were arrested in connection with the protests in January, particularly the disclosure of Vahid Heidari’s death in Arak Basij detention center, have been transferred to Prison of Arak, after completing the interrogation process, and are still in a state of uncertainty.

It was reported that Mr. Mohammad Najafi and Ali Bagheri of Shazand were kept in the quarantine of Arak prison without the right to call and visit, and Behzad Alibakhshi, another civil activist from Shazand, was transferred to Ward 8 of this prison.

Behzad Alibakhshi has been transferred to Shazand’s prosecutor’s office without prior notice, and his interim detention has been changed to bail.

Mohammad Najafi was also transferred to the judiciary, which was a short opportunity to meet with his family, although the outcome of the interrogation is still unknown.