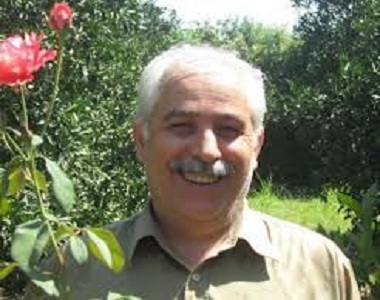 Also the intelligence rejected any influence on this decision and said that we did not order verbally nor written anything about this case. Now the family of this imprisoned Melli-Mazhabi activist has no idea where to follow up the issue while the doctor of the prison issued the order of medical instructions to be done out of the prison for two weeks on Masoud Ladoni.

Masoud Ladoni is one of the Khouzestani political activists. He has been transferred to the prison to spend the unfair imprisonment sentence. He is in a critical health condition especially continuously severe pain on his leg because of the inappropriate life situation in the prison.

Parvin Kahzadi the wife of Masoud Ladani expressed her worries about her husband’s condition. She said “Karoun prison has an inappropriate healthcare and keeping standards for the prisoners. My husband is paralyzed and has especial needs such as wheelchair, appropriate toilet, especial bed and the other requirements but none of these are available in the prison.”

Masoud Ladoni in was sentenced to two years imprisonment and which was confirmed by the Supreme Court.

He was imprisoned for three years in 80’s charged with supporting the ideas of Dr. Shari’ati. He has been fired from the education ministry as a teacher and is not allowed to have any governmental job.