Narges Mohammadi Ended Her Hunger Strike after Achieving Her Demand 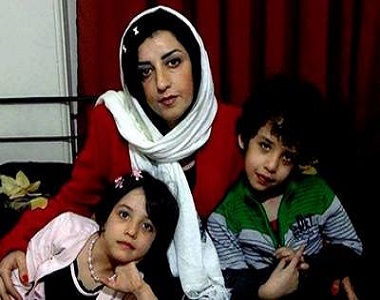 HRANA News Agency – Narges Mohammadi, prisoner of conscience, ended her hunger strike on its twentieth day, as she achieved her demand. She had had objected to the lack of access to contact her children and finally had a phone call with her children.

According to the report of Human Rights Activists News Agency in Iran (HRANA), Narges Mohammadi, prisoner of conscience in women’s ward in Evin prison, ended her hunger strike on its twentieth day, after she achieved her demand.

Mr. Taghi Rahmani, this prisoner’s husband announced that after she had a phone call with her children, she ended her hunger strike.

Mrs. Mohammadi had written a letter describing why she had made a decision to go on hunger strike, stating that “I have no demands other than having phone calls with my children”, and said that despite the physical disability, there was no way for her, to announce her feeling as a “mother” and her depression for missing her children, except a hunger strike.

Also on June 30, the prosecutor of Tehran, in a meeting with Narges Mohammadi in Evin prison, had told her that the security officials disagreed with her demand.

This human rights activist who recently was honored as a “champion of freedom of information”, by the Reporters without Borders, was sentenced to 16 years imprisonment by a court presided over by Judge Salvati.

It has been said that her main accusation was her cooperation to establish the LEGAM campaign (campaign to abolish the death penalty step-by-step).

This civil activist is suffering from pulmonary embolism and crippling muscle disease and according to the doctors the symptoms of these two diseases are exacerbated in the prison and stressful environments.

She has several times suffered from nervous shock in prison while she was handcuffed to a bed in the hospital.

It is noteworthy that Amnesty International recently issued a statement and strongly protested the sentence of Narges Mohammadi and called is as an all-out assault on human rights defenders. Director of the Middle East and North Africa at Amnesty International said Iranian authorities should release her immediately and unconditionally.