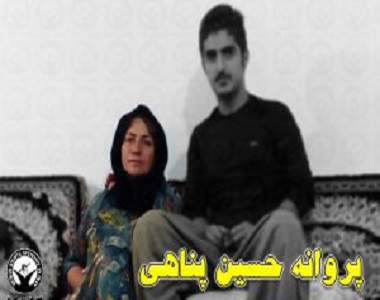 HRANA News Agency – Parvaneh Hosseinpanahi was arrested by the Intelligence Office plainclothes in Dehgolan. Eghbal Hosseinpanahi, her husband was also detained after being informed about his wife’s arrest, when he attended this bureau.

According to the report of Human Rights Activists News Agency in Iran (HRANA), the Intelligence Agents went to Parvaneh Hosseinpanahi’s house and after “threats and insults”, inspected the whole house and arrested her.

Also her husband, Eghbal Hosseinpanahi, was detained after being informed about his wife’s arrest, when he attended this bureau.

It is noteworthy that Parvaneh Hosseinpanahi had previously been sentenced to three years suspended imprisonment, but according to a member of Hosseinpanahi family, this term was finished three years ago and this arrest cannot be related to that.