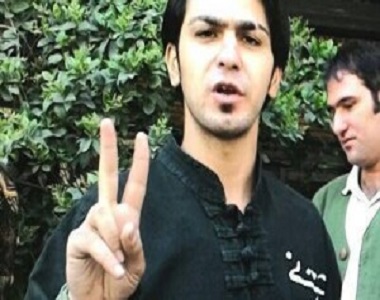 HRANA News Agency – The court of Pouria Ebrahimi, civil rights activist was held by Judge Ahmadzadeh in the 26th branch of the revolutionary court. The rest of the hearing was postponed to Wednesday, March 2 after the introduction of a lawyer to study the case.

According to the report of Human Rights Activists News Agency (HRANA), the activist had refused to have a lawyer earlier in protest to his charges.

Pouria Ebrahimi was released on the bail of 70 million Tomans on February 8, from ward number 8 of Evin prison.

A hearing had been already held for him on June 17, during which he was charged with propaganda against the regime and collusion and acts against the national security, in branch number 6 of Evin court.

Communication with the families of prisoners and activities with human rights media were a part of the evidences that the charges were based on.

Ebrahimi was transferred to ward number 8 after nearly 20 days in solitary confinement and interrogation in ward number 209 of Evin.

The previous court of Pouria Ebrahimi was held headed by Judge Ahmadzadeh in the 26th branch of the revolutionary court on December 16 after sending him to court from prison which has been canceled because of the absence of a lawyer.