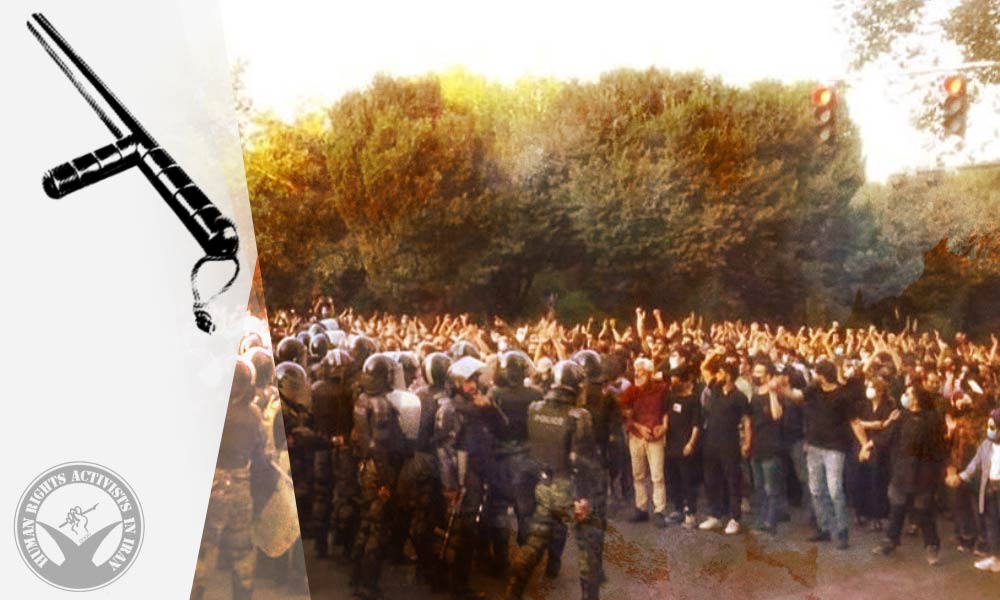 On September 19, 2022, the nationwide protests for Mahsa Amini’s death continued for the third consecutive day. People protested Amini’s death in the streets and they chanted slogans against the regime and police brutality against women. These protests turned violent by the police and security forces, and several protestors were injured. In Divandarreh, the government forces killed two individuals. The police also used tear gas, pellet guns and water cannons.

Universities of Tehran and Isfahan students chanted slogans “death to the dictator”, “Iran is soaked in blood, from Kurdistan to Tehran”, “Kurdistan, a graveyard for fascists”, “Woman, life, freedom”, and “we are all Mahsa, we will fight back.”

In the Kurdistan region of Iran, in response to a call for a general strike by media and opposition political parties, shopkeepers went on strike and closed the markets.

According to Shargh News Agency, MCI, the biggest internet service provider, has filtered the Keyword “Mahsa Amini”. NetBlocks, an internet monitoring organization reported a near-total disruption in some cities, including Sanandaj, Kurdistan Province.

Dozens of protestors have been arrested in different cities. In Saqqez, Mahsa Amini’s hometown, the security forces arrested at least 22 individuals, of which three have been taken to an unidentified location and the rest to the Saqqez Prison. The arrest of four individuals in Sanandaj, five in Paveh, one in Oshnavieh and one in Bukan have been verified so far. Two civil rights activists, Ribvar Kamrani-Pour and Amjad Saedi have also been arrested in Mariwan.

HRANA has also reported the arrest of two individuals, Nazanin Haji-Zadeh and writer and film director Mahnaz Mohammadi in Tehran.

Mahsa Amini was arrested by Tehran Morality Police at a train station for improper hejab. She fell into a coma after head trauma caused by police brutality and later died at a hospital in Tehran.