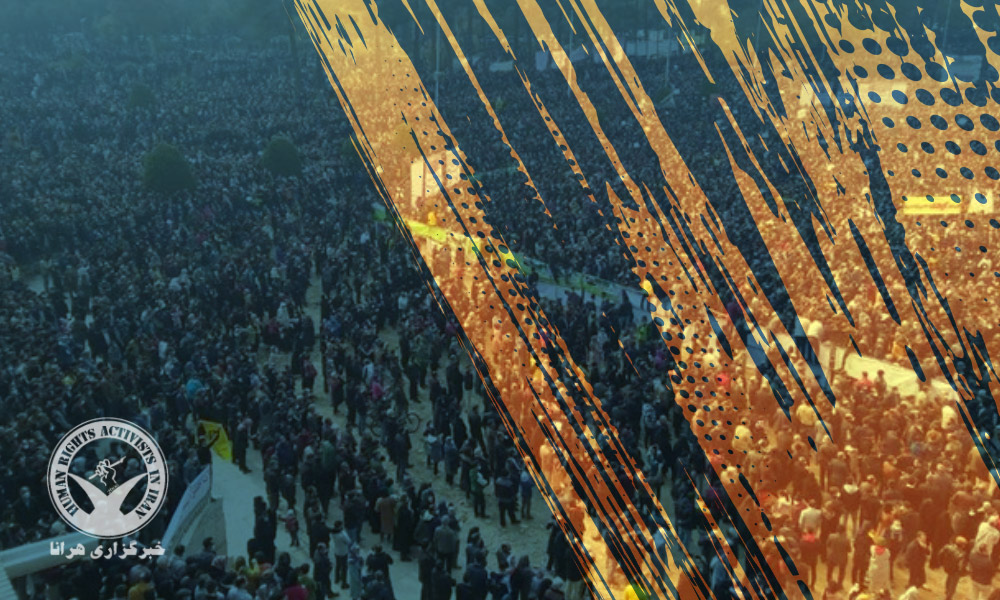 According to HRANA, the news agency of Human Rights Activists, internet connection has been intentionally disrupted across the city and in some areas has been completely shut down.

According to video footage obtained by HRANA, numerous military forces attempted to scatter protesters using batons, tear gas, and live ammunition. In this brutal attack, several citizens, some of them elderly, were injured.

The protest began on November 7, when farmers assembled at the office of Hossein Mirzaie, a parliament member who had previously responded to reports of water shortages with directives to simply pray for rain.

“We are waiting for the MP to come here and do rain prayer,” the farmers stated in response. “We (will stay) here on sit-down strike until it rains.”

In the following days, they continued their protest by assembling in dried up stretches of the river Zayandeh-rud to demand their water portion for wheat cultivation and the revival of the river. They also asked for the shut down of a water transfer project which extracts water from the province through two canals, exacerbating the current water shortage. Recently, a video published on social media shows that some farmers are damaging the water pipe, which carries water from Isfahan to Yazd Province, in protest.

Gradually, other citizens joined the farmers until November 19, when thousands of people assembled and marched. The protestors chanted, “Let Isfahan breath, give Zayndeh-rud back”, ” Zayndeh-rud is our inalienable right”, and “We won’t get back home, not until the water gets back to the river”,  and “Shame on the police and death to the dictator”.

According to information obtained by HRANA, as of Saturday, at least 214 protesters, including 13 underage citizens, have been arrested. Most of these arrestees have been transferred to the IRGC’s regional quarter known as Saheb-al-Zaman as well as Ghoddusi Basij Base in Isfahan City. Some of these citizens have been released after taking a solemn pledge and confiscating identity cards until the end of the day. About the 150 detainees were relocated to Isfahan, Khomeini Shahr Prisons and Isfahan women’s penitentiary.

In an interview with the Islamic Republic of Iran News Broadcasting (IRIB), The Isfahan chief of police, Mohammad-Reza Mir-Heydari, commended the police, Basij military forces and security agents for suppressing the protest and promised decisive action against the protesters.

The regime’s official and affiliated media outlets, such as Fars News Agency and IRIB, claimed that the protesters are not Isfahan farmers and these protests have been held by the call of “anti-revolutionary groups”.

Last Wednesday, security forces set fire on some of the farmers’ tents, who went on sit-down strike under Khaju Bridge.

In addition to denying the news about the death of one protester, Spokesman of Isfahan University of Medical Sciences stated, “According to the latest reports, all injured people, including police forces, have been discharged from hospital and only 19 people are still hospitalized, of which one is on critical condition.”