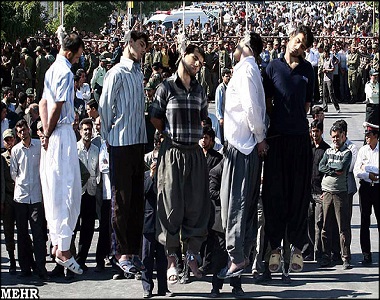 According to the report of Human Rights Activists News Agency (HRANA), seven prisoners were executed in Adel-Abad prison in Shiraz on Thursday March 26.

Prisoners were on death row with drug related charges, and had been transferred to solitary confinements in Adel Abad prison, during last Thursday of Iranian year (March 17).

According to HRANA’s sources, six prisoners were transferred from Pirbana prison in Shiraz, and the seventh one was the prisoner of Adel Abad.

There is no information regarding the identity of the prisoners who have been executed during the Nowruz and without publicizing the news by official judiciaries.

Need to be mentioned, the major portion of executions in Iran is related to drug charges that have found many criticisms from international and human rights organization.

Later on, Iranian officials mentioned about an act that would cancel or reduce the number of executions for drug related charges, which has not happened yet.