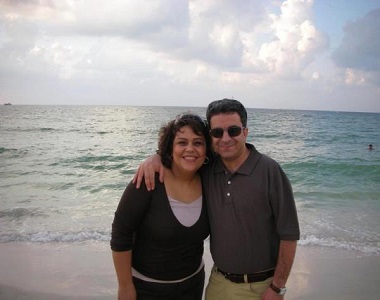 HRANA News Agency – Shahab Dehqani, a Bahai from Tehran who is serving an 4-year sentence in Raja’i Shahr prison has returned to prison today, at the end of a three-day furlough.

According to the report of Human Rights Activists News Agency (HRANA), his wife Shomais Mohajer was released on May 26, at the end of a one-year sentence.

They were among about 20 Bahais who were arrested in early July, 2012, in a wave of arrests in Tehran, Mashhad and Shiraz. Mr. Dehqani was charged with propaganda against the regime and forming illegal assemblies, and sentenced to four years by Judge Moqiseh.

He began his sentence in Evin prison on May 24, 2014, and was moved to Raja’i Shahr prison two days later.