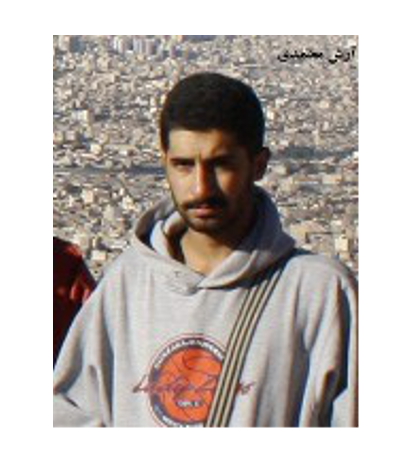 HRANA News Agency – Student activist Arash Mohammadi has gone on hunger strike after being arrested on the evening of June 15, 2013 in Tabriz during celebrations following the presidential election.

According to a report by Human Rights Activists News Agency (HRANA), after the result of Iran’s presidential election was announced, people in the city of Tabriz poured into the streets to celebrate Hassan Rohani’s victory.  During these celebrations, plain clothes agents attacked a group of young people, beat them violently, and eventually arrested some of the attendees while dragging them on the ground.
Approximately twenty individuals were detained, and after the preliminary interrogations, they were transferred to Tabriz Prison.  The prisoners’ cases were then forwarded to the 4th branch of the Revolutionarily Court for processing.
On June 17, 2013, a number of the detainees were released after their families posted separate bails, each approximately equivalent to $10,000.  However, Mohammadi still remains in custody.  Eyewitnesses have reported that Mohammadi was severely beaten by plain clothes agents during the attack.  He has been on hunger strike since yesterday, June 17.  Additionally, security agents have raided his house and seized several books while damaging and breaking the family’s personal belongings.
Mohammadi has been in prison previously for political reasons.  On Nov. 3, 2011, he was arrested with his brother and spent 66 days in custody.  He was subsequently sentenced to a year in prison, but after spending four months behind bars, he was granted conditional release.

0 thoughts on “Student activist Arash Mohammadi is on hunger strike”