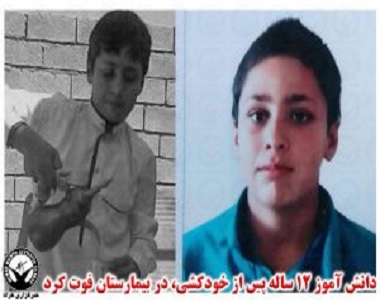 According to the report of Human Rights Activists News Agency in Iran (HRANA), Abbas Badvi, a student from Shoosh, after had committed suicide “punishment and expulsion from school”. END_OF_DOCUMENT_TOKEN_TO_BE_REPLACED