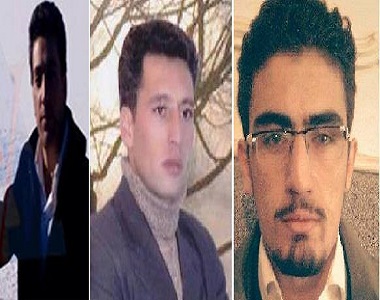 HRANA News Agency – Three civil activists in Khoy city were arrested on 17th February, by security forces.
According to the report of Human Rights Activists News Agency in Iran (HRANA), on the morning of Tuesday 17th February, security officers in the city of Khoy went to the business office of Mr. Islam Ali Akbarloo and arrested him along with Araz Khasetarash and Amin Hajilo and took them to an unknown place. END_OF_DOCUMENT_TOKEN_TO_BE_REPLACED