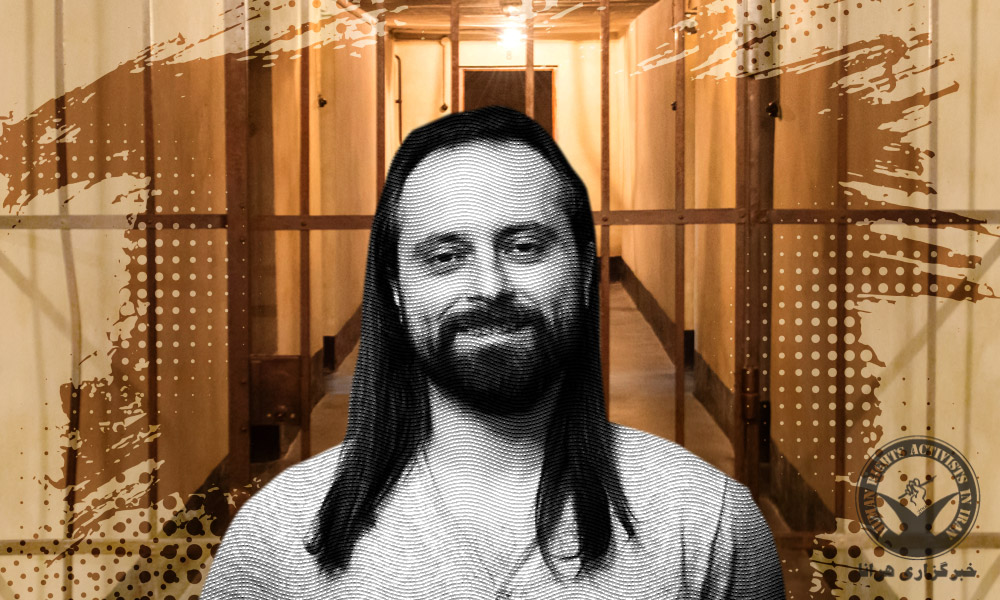 In the trial, Ghasemi’s notes and posts published on social media were invoked in support of these charges against him.

From this verdict, if upheld by the court of appeal, a severest punishment of four years is enforceable, grounded on Article 134 of the Islamic Penal Code.

On February 8 of this year, Nima Ghasemi was arrested by security forces at his home and transferred to the public section of Evin Prison. At the time of arrest, the security agents searched his house and confiscated several of his belongings including his written notes and laptop. On March 13, he was released on bail until the end of legal proceedings.

Nima Ghasemi is has a PhD in Philosophy from Shahid Beheshti University.

On Wednesday, October 14, political prisoner Arezoo Ghasemi was released on furlough from Evin Prison in Tehran.

According to HRANA, the news agency of Human Rights Activists, Ghasemi has been enduring her one and a half year prison sentence since August 9, 2020. On July 20 of this year, after testing positive for COVID-19, she was also granted furlough.

Arezoo Ghasemi was arrested by security forces amid nationwide protests in November 2019. She was released on bail until August 9, 2020, when she was sent to Evin Prison to serve her sentence.

The Branch 28 of the revolutionary court, headed by Judge Mohammad Moghayeseh sentenced her to three years imprisonment on a charge of “assembly and collusion against national security”. This sentence was subsequently reduced to one and a half years after applying the “Punishment Reduction Law”.

During the wave of protests of November 2019 in dozens of cities, which broke out initially in protest of an unprecedented fuel price surge, hundreds were killed and seven thousand were arrested by regime forces.

Since Ghasemi will have served out her term by the end of the furlough, she will not return to prison.

On June 26, political prisoner Kamran Ghasemi was beaten by prison officers after objecting to the inappropriate treatment of his family by the agents during their visitation in Urmia Prison in West Azerbaijan Province.

According to HRANA, the news agency of Human rights Activists, Kamran Ghasemi has spent the past two years in the detention facilities of security institutions and Urmia Prison. He was transferred from the youth to the political ward of Urmia Prison in May this year.

“Officers beat Mr. Ghasemi in front of his family, then kicked him out in a very inappropriate manner,” a source close to the family said. “After other political prisoners protested this incident, in response, the chief of prison transferred 15 inmates of violent crimes under his command to the door of the political prisoners and threatened that protesters will be dealt with, in case of any objection. Amir Sohrabi, the director of Urmia Prison, uses such methods to prevent political prisoners from protesting.”

In November of last year, Branch 2 of the Revolutionary Court of Urmia sentenced Kamran Ghasemi to 10 years and 1 day in prison on charges of acting against national security by being a member of an opposition group.