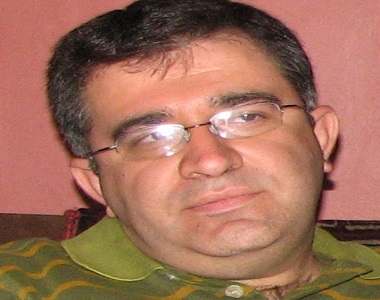 HRANA News Agency – Mahmood Beheshti Langaroodi, teacher and union activist who was on the 22nd day of hunger strike, was released and sent to his house. Kayvan Mehregan, poet and journalist, who was in furlough was released on parole. Rasould Badaghi, union activist has been released on the bail and Mehdi Motamedi Mehr, other political prisoner is sent to a 5-day furlough.
According to the report of Human Rights Activists News Agency (HRANA), Mahmood Beheshti Langaroodi, imprisoned teacher and member of Teachers Association of Iran, who had been hospitalized due to bad condition after his hunger strike, was released on the bail, until his retrial session. END_OF_DOCUMENT_TOKEN_TO_BE_REPLACED

HRANA News Agency- Mehdi Mo’tamedi Mehr, political prisoner and member of the Political Bureau of Nehzat-e-Azadi, was sent on leave for five days.
According to the report of Human Rights Activists News Agency in Iran (HRANA), Mehdi Mo’tamedi Mehr was sent on leave for five days from Rajai Shahr prison on Tuesday afternoon 19th May.
Mehdi Mo’tamedi Mehr was arrested for the first time in April 2009, under the pretext of having a role in the regulation and publicizing the statement of requesting international supervision on the presidential elections and released on bail after 45 days in solitary confinement, and the second time, after the events of Ashura in 2009 was arrested on charges of participating in the rally and after about two months, on 29 February of that year, he was released.
He eventually was sentenced to five years imprisonment in a closed, non-jury trial presided by Judge Moghiseh. He was charged with membership of the “Nehzat-e-Azadi”, “participating in gathering 2009 in Ashura” and “election campaign”. This sentence, after the objection was sent to the Court Branch 54, for reconsidering and the court verdict was literally approved.
This political activist was arrested again in March 2012 and was transferred to Rajai Shahr prison, in Karaj, to endure his imprisonment sentence. 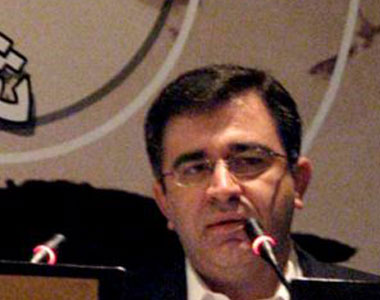 HRANA News Agency – Mehdi Motamedi Mehr who was imprisoned in security ward of Evin prison since the beginning of 2013, has been transferred to Rajaie Shahr prison of Karaj.
According to Mizan Khabar website, on March 16 his home was inspected, most of his personal belongings were confiscated, was transferred to Evin prison and till now he was imprisoned in security ward -No. 209-. END_OF_DOCUMENT_TOKEN_TO_BE_REPLACED

Mehdi Mo’tamedi Mehr was sentenced to five years imprisonment by branch 28 of revolutionary court on charge of membership in Iran Freedom Movement, participation in Ashoora protest and writing columns in purpose of criticizing the regime which the verdict was confirmed by appealed. END_OF_DOCUMENT_TOKEN_TO_BE_REPLACED