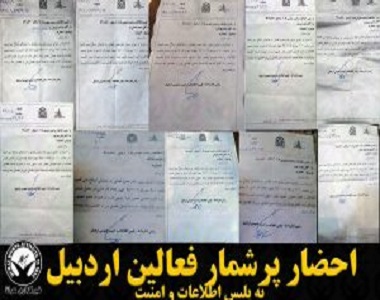 HRANA News Agency – Saeid Sadeghifar, prisoner in Ardabil prison was release on 10th May, form Central Prison of this city, while physical condition of Morteza Parvin, one of the same case defendants, was reported unfavorable in the prison.
According to the report of Human Rights Activists News Agency in Iran (HRANA), Saeid Sadeghifar after serving 65 days of his sentence was released from prison of Ardabil. END_OF_DOCUMENT_TOKEN_TO_BE_REPLACED

HRANA News Agency – The situation of 7 civil rights activists who are kept in Ardebil prison, has been described as “not proper” in a contact with their family.
According to the report of the Human Rights Activists News Agency in Iran (HRANA), 7 Turk (Azeri) civil rights activists named Tohid Amir Amini, Mortaza Parvin, Meisam Jolani, Saeed Sadeghifar, Saleh Pichganlo, Mostafa Parvin and Mohsen Mohsenzadeh who are serving their sentences in the Ardebil prison, complained about the whereabouts and have described their conditions as deplorable and intolerable, in contact with their families. END_OF_DOCUMENT_TOKEN_TO_BE_REPLACED

According to the report of the Human Rights Activists News Agency in Iran (HRANA), two civil rights activists named Said Sadeghifar and Mohsen Mohsenzadeh for serving three months and one day in prison went to the central prison of Ardabil on April 6, 2016. END_OF_DOCUMENT_TOKEN_TO_BE_REPLACED 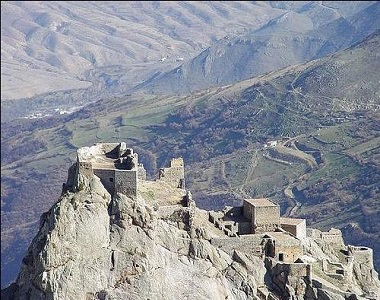 HRANA News Agency – Security police forces of Kalibar city, has prevented the presence of a group of civil activists in “Babak Castle”.
According to the report of Human Rights Activists News Agency (HRANA), Security police of Kalibar on the morning of Friday 1st August, stopped dozens of people who were going to climb the Babak Castle located in this city then searched and detained some of them for few hours. END_OF_DOCUMENT_TOKEN_TO_BE_REPLACED