HRANA News Agency – Public Relation Office for Basij Resistance Forces of Sepah in Kish confirmed the news about the arrest of 4 members of Interuniversalism Mysticism (Erfane Halgheh)  and announced  that they have been handed over to Kish  Judicial authorities for prosecution.

According to the report of Human Rights Activists News Agency (HRANA), Public Relation office for Basij Resistance Forces of Sepah in Kish told IRNA about their activity in Kish Island: with efforts of Imam Sajad Sepah (IRCG) in Kish Island, 4 members of Interuniversalism Mysticism (Erfane Halgheh) have been arrested while holding a secret meeting  and they have been handed over to Judicial Authorities to be prosecuted. END_OF_DOCUMENT_TOKEN_TO_BE_REPLACED 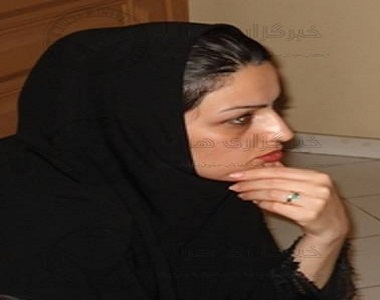 According to the report of Human Rights Activists News Agency (HRANA),Masoumeh Zia was previously arrested on the charge of participating in the Women’s gathering  at “Haft-e-Tir” Square on 12 June, 2006.  After she attended the “Erfan-e-Halgheh” faith (Interuniversalism) gathering in protest to the arrest of Mohamad Ali Taheri in front of the Islamic Revolutionary Court, she was arrested and transferred to Ward 2-A (IRGC) at Evin Prison. END_OF_DOCUMENT_TOKEN_TO_BE_REPLACED