According to HRANA, the news agency of Human Rights Activists, many protests and rallies took place this week in Iran. Read our recap below for details, photos, and videos from the demonstrations

In Qahdarijan City, Isfahan Province, a group of farmers gathered in a city square to demand their denied irrigation water portions.

A number of laid-off workers of Ramin Power Plant gathered before the entrance of this power plant in Ahvaz for the ninth consecutive day. They asked for prioritizing native labor forces in recruitments. 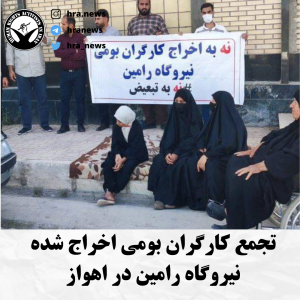 A number of workers of the Ahvaz and Kharq Oil Companies, who have temporary job contracts, gathered and protested in Ahvaz. They said that the 10 per cent increase in wage is less than the minimum wage enacted by the Ministry of Labor.

Dozens of Bus Rapid Transit (BRT) drivers walked off the job on strike and protested before Tehran and Suburbs Bus Company in Tehran. The workers asked for a wage increase in accordance with the enactment of the Supreme Labor Council.

The workers of BRT drivers continued their strike and gathered before the Tehran and Suburbs Bus Company. They chanted slogans asking the mayor to resign.

In Tabriz, Ahvaz, Qazvin, Arak, Mashhad, Isfahan and Ilam, a number of Social Security pensioners held protests before the Social Security Organization in each city. These pensioners demanded raising their pension to stand above the poverty line, addressing the supplementary insurance issues, the end year bonuses.

The workers of Karoon and Maroon Oil and Gas Production Companies gathered before the National Iranian South Oil Company office in Ahvaz to ask to increase wages as much as other company personnel wages.

For the third consecutive day, BRT drivers walked off the job. They said a 10 per cent increase in wage is not enough and less what the Supreme Labor Council has enacted.

A number of land proprietors in the Sardasht area in Arak city gathered before the governorate building to protest uncertainties regarding the construction project of the University of Arak on their lands. 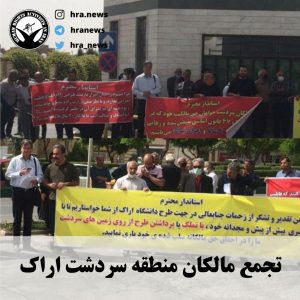 A group of individuals who have lost their money by fraudulent acts of Caspian Credit Institution in Rasht City held protests. Since 2017, their deposits have been frozen and they cannot withdraw their money.

The personnel of a heart centre hospital in Tehran gathered and protested at hospital premises. They protested against low and unpaid wages and issues regarding their pension.

The workers with temporary contracts who are working for the Oil and Gas Production Companies Karoon, Maroon and Aghajari gathered before the National Iranian South Oil Company in Ahvaz to demand an increase in wages as much as other company personnel wages.

A group of land proprietors in Andisheh Town in Qazvin City gathered and protested in this town. Reportedly, after 25 years, they have not yet been granted the construction permit due to the obstructions of local authorities and a dispute on this issue between the municipality and the Police Cooperative.

In Sarpol-e Zahab County, in Kermanshah Province, a group of farmers gathered before the Ministry of Agriculture Jihad. They protested that the seeds provided by the Ministry have a poor quality.

The motorbike food delivery drivers of the Companies Snapp Food and Snapp Box gathered and protested in Karaj to demand an increase in wages following the current food price hikes.