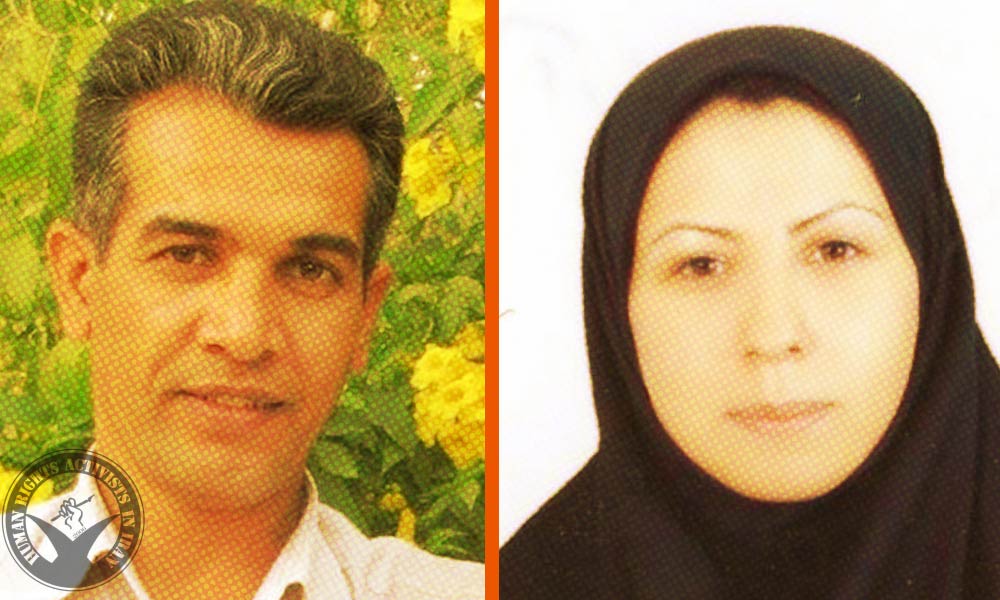 Last Sunday, Arezoo Rahimkhani, the professor who had been fired from her job earlier at the Islamic Azad University of Andimeshk, and her husband, Ramin Biranvand were sentenced each to one year in prison.

According to HRANA, the news agency of Human Rights Activists, on Sunday, March 13, 2022, based on Article 500 of the Islamic Penal Code, Branch 1 of the Revolutionary Court of Dezful sentenced Arezoo Rahimkhani and her husband, Ramin Biranvand each to one year in prison on the charge of “propaganda against the regime.” The court session had been held on March 9, 2022.

On June 29, 2021, the agents of the Security Base Abolfazl Al-Abbas arrested these citizens at their house in Andimeshk city and transferred them to an unidentified location. At the time of the arrest, they searched their house and confiscated some of their personal belongings such as computers and cell phones. These citizens were accused of “propaganda against the regime” due to visiting and leaving flowers on the burial places of the political prisoners who were executed in the 1980s by the Iranian regime. On July 27, 2021, They were released on bail.

Prior to the arrest, Arezoo Rahimkhani was fired from the university.  An informed source told HRANA, “Last month, they notified her verbally that she had been fired. After several inquiries, she was still not handed any termination letter due to the confidentiality of the matter. However, her salary had been cut since last summer.”