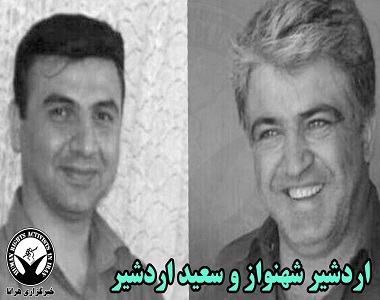 According to the report of Human Rights Activists News Agency in Iran (HRANA), Ardeshir Shahnavaz and Saeed Ardeshir, two prisoner of conscience were released from Rajai Shahr prison. END_OF_DOCUMENT_TOKEN_TO_BE_REPLACED

HRANA News Agency – Two Erfan Halghe activists and supporters have been arrested in Mashhad. One of the activist was summoned to the judiciary and one of prisoners, also was sentenced to six months in prison in a new case.
According to the report of Human Rights Activists News Agency in Iran (HRANA), Alireza Najimi and Mohammadali Izadi, two bloggers of Erfan halghe (Cosmic mysticism), were arrested by plainclothes forces on Saturday 30th January, 2016. END_OF_DOCUMENT_TOKEN_TO_BE_REPLACED