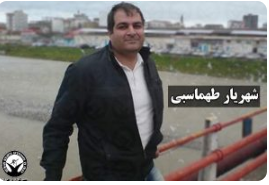 Human Rights Activists News Agency (HRANA) – Unable to post his bail amount of 150 million tomans (approximately $36,000 USD), Kermanshah resident Shahriar Tahmasbi has been behind bars since security forces detained him on July 5th.
An informed source told HRANA that Tahmasbi’s bail was too heavy for him to post. “He has not yet been able to procure that much money. He requested that the bail is lowered, but no decisions have been made so far in that regard.”
Tahmasbi was arrested along with Mostafa Bagheri Ashena and Ardeshir Musavi, whose bails were also set at $36,000 apiece. While both were able to afford it and have now gone free, HRANA’s source stated that the bail amount was far out of proportion with the severity of the charges they face.
Earlier, another source provided background into the evening Tahmasbi was arrested, stating that a group of about 8 people had gathered in the Kermanshah residence of Ali Nazari on Jalili street to discuss the formation of a literary society for speakers, learners, and enthusiasts of a minority dialect called Laki.
“Security forces entered the house proclaiming that Shahriyar Tahmasbi was a fugitive, and arrested him along with Ardeshir Musavi,” the source said. “They also seized the cellphones of six people in attendance, including the host.”
Tahmasbi was also detained on September 6th of last year for organizing a protest in support of border couriers known as Kulbars. Walking out of Kermanshah’s Dizelabad Prison one month later on October 10, 2017, cost him $24,000 (100 million Tomans) in bail money.
HRANA has previously reported on the relatively higher rates of detention of Iranian citizens near the western border.