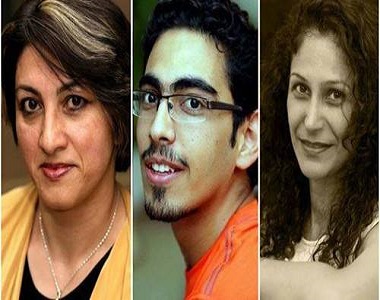 HRANA News Agency – Authorities have moved Mey Khalusi, Dari Amri and Shayan Tafazoli from the Ministry of Intelligence facilities in Mashhad to the quarantine at Vakil Abad prison in the same city.

According to the report of Human Rights Activists News Agency (HRANA), in the next few days, they are likely to be transferred from quarantine to the sections for male and female prisoners of conscience.

These three Bahais were arrested n June 2, when agents from the Ministry of Intelligence raided a Bahai religious meeting in Mashhad. Their families still have no news about the reason for their detention.

Six Bahai women are presently held in one room of Vakil Abad prison, separate from the other prisoners, while two men are in the general detention section for men.