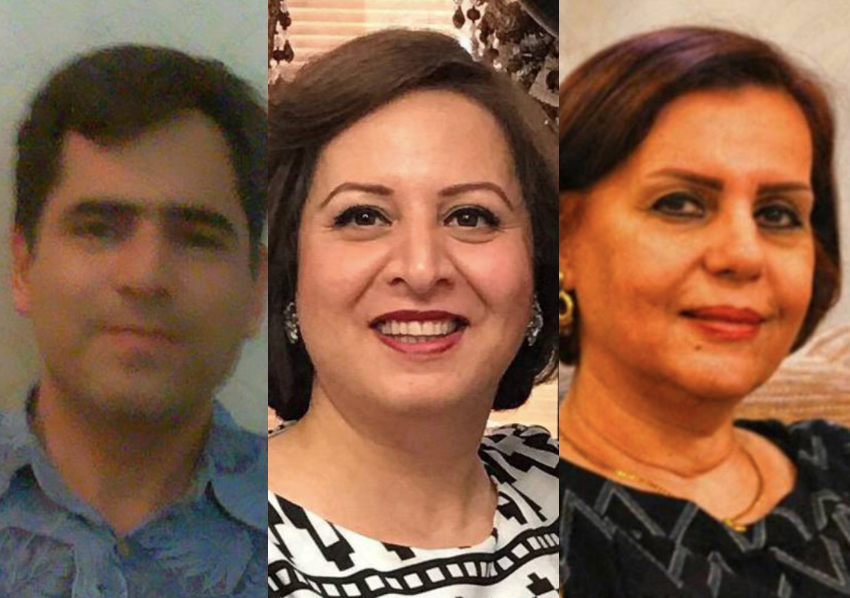 Baha’i citizens Mahvash Adalati Aliabadi, Sepideh Keshavarz, and Farid Ismaili, residents of Tehran, were sentenced by Branch 36 of the Tehran Court of Appeals to a total of 10 years and 9 months in prison.

According to HRANA, the news agency of Human Rights Activists, Ms. Aliabadi, Ms. Keshavarz, and Mr. Ismaili were each sentenced to three years and seven months in prison on a charge of “Acting against national security through administering the Baha’i organization”.

In their first hearing in Branch 28 of the Revolutionary Court in Tehran, presided by Judge Mohammad Reza Amouzad, Aliabadi, Keshavarz, and Ismaili, had been sentenced to 3 years and 7 months in prison on the same charge, in addition to eight months on charges of “Propaganda activities against the regime through the promotion of  Baha’ism”.