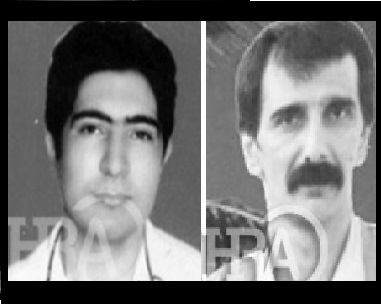 HRANA News Agency – After seven days of being in confinement cell, Ahmad Tamouie and Jahangir Badoozadeh have been exiled to the criminal ward with high level criminal prisoners.
According to a report by Human Rights Activists News Agency (HRANA), the two political prisoner were transferred to confinement cell on August 21.
Ahmad Tamouie was beaten severely before transferring to the confinement cell and his nose and one of eyes injured badly but the authorities did nothing in terms of medical treatments for him.
Right after the confinement the authorities transffered the two political prisoner to the wards No.3 & 4 of Oroumiyeh prison.
one of political prisoners in Oroumiyeh prison told HRANA reporter “These two wards are assigned especially for high level criminal prisoners and are very crowded. The prisoners have to wait in queue for long time for going to restroom or taking a shower. The authorities broke the law of categorization of prisoners by exiling these two prisoner.”