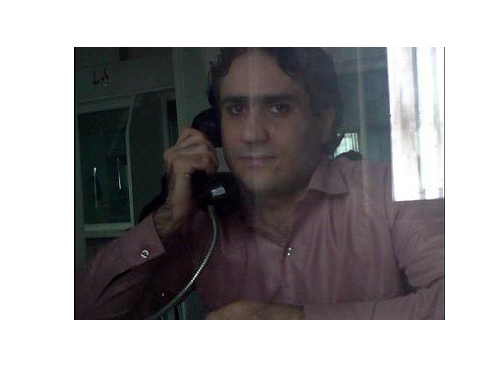 HRANA News Agency – Vahid Asghari the imprisoned weblogger has avoided to appear in the trial session.

Vahid Asghari the weblogger and student of information faculty in Banglore-India was supposed to appear in branch 28 of revolutionary court on June 2, 2013 but he has refused to appear.

In a letter by Vahid that HRANA got a copy of it he expressed his intention of refusal of appearing in the court that “I refused to appear in the court because of compulsory prison clothing for transferring to the court, lack of access to lawyer even once till now, no information about my accusations and no informed verdict from the court, the supreme court and … and not having access to the dossier and lack of legal ways to defending myself and too many more reasons; and I believe it is my right to not be in confinement cell and …; and be protected against harassment. As well I object my 5 years detention. Meanwhile because of not paying attention to the provided documents by me but paying attention to the bogus confesses which taken under tortures and 2 years pressure, I lost my trust.”

One of the prisoners in ward 350 of Evin said to HRANA correspondent “Vahid Asghari is under severe pressures to appear in the court.”

0 thoughts on “Vahid Asghari refused to appear in the court”