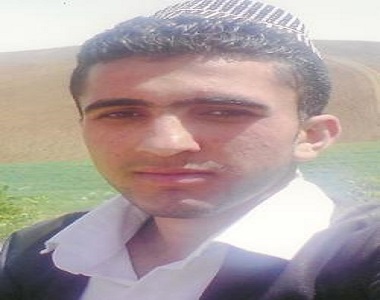 HRANA News Agency – Zaniyar Moradi, the political prisoner who is sentenced to death was transferred to hospital due to medical treatments related to his diseases but without completing the process he has been moved back to quarantine of Rajaie Shahr prison in Karaj.

According to a report by Human Rights Activists News Agency (HRANA), Zaniyar Moradi the political prisoner in ward 12 of Rjaie Shahr prison was transferred to Sina hospital to get treatments for hernia and issues related to knee and his back.

He has transferred back to prison on Saturday at 11:30 right after the hernia surgery, however, the doctors emphasized he needs to be under medical supervision because of the surgery and continuation of medical treatment related to his knee and back.

One of the prisoners in Rajaie Shahr prison said to HRANA correspondent that “Zaniyar has been beaten when he returned to prison by a warder whose name is Daftari and because he has been beaten severely one of his stitches torn. Then Zaniyar has been transferred to quarantine ward of Rajaie Shahr prison which is one of the dirtiest wards of this prison and there is no news about Zaniyar till now.

“The warder who was beating Zaniyar and formed dossier for Zaniyar to send him to confinement cell, tried one more time to beat Zaniyar in Summer 2010 but the other prisoners mediated and did not let him to do it”, he continued.

The political prisoners of ward 12 believe that the warder revenged Zaniyar.

Zaniyar Moradi is accused of killing Memari and Hajeer Ibrahimi, the sons of Marivan Friday’s prayer Imam by collaboration of his cousin Loghman Moradi.

They have refused all charges several times before.