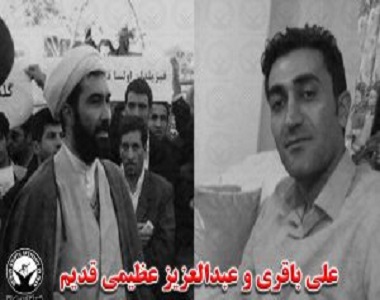 HRANA News Agency – Abdulaziz Azimi Ghadim and Ali Bagheri who had been arrested three weeks ago in Tehran, are being held in Evin prison.

According to the report of Human Rights Activists News Agency in Iran (HRANA), Abdulaziz Azimi Ghadim and Ali Bagheri, two Turkish activists were arrested in the morning of Saturday January 7, 2017 in Tehran and had been transferred to an unknown location.

A close source to the families of these two civilians told HRANA’s reporter: “Mr. Azimi has informed his family in a short phone call that they both are in Evin prison. Both families are deeply concerned about their fate”.