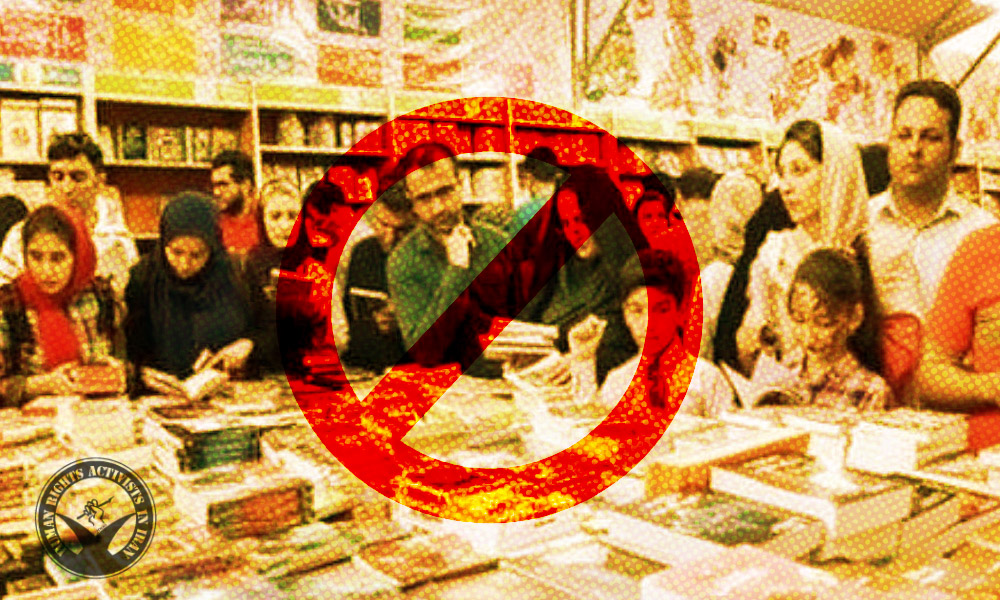 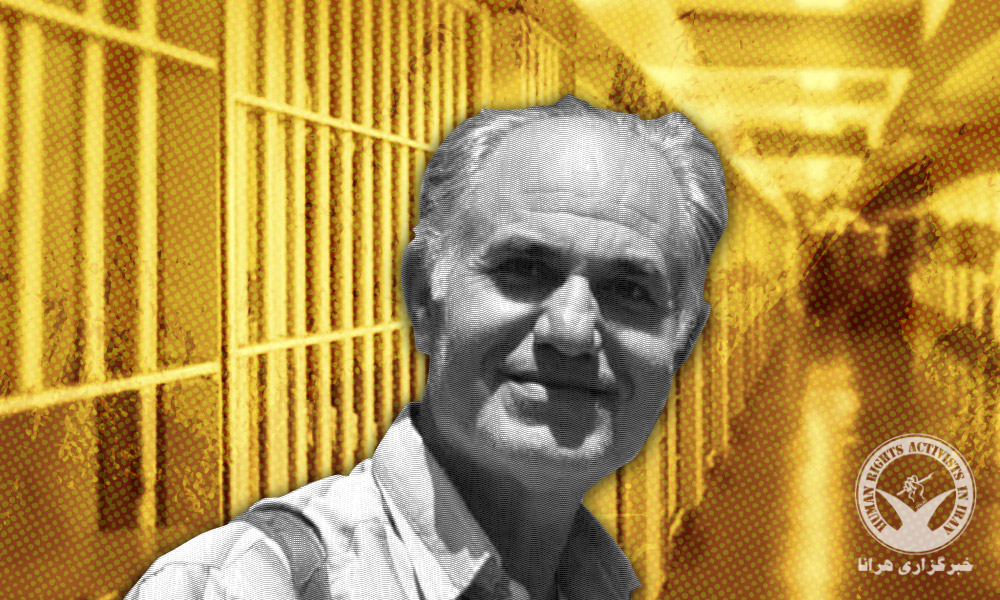 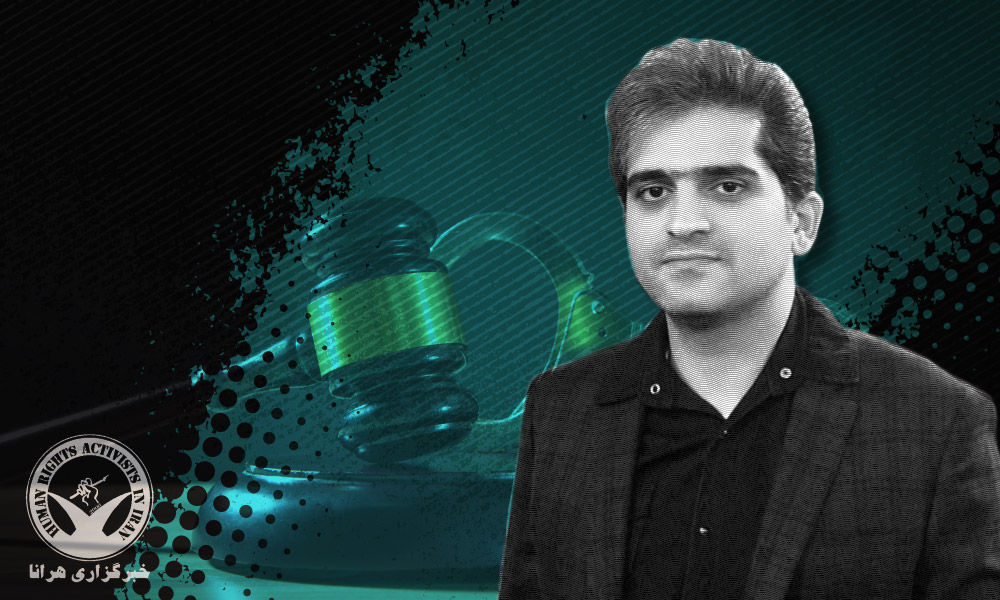 On Saturday, November 6, educator and union activist Aziz Ghasemzadeh was summoned by the Public and Revolutionary Court of Rudsar County.

According to HRANA, the news agency of Human Rights Activists, Aziz Ghasemzadeh received a summons via the online judicial system SENA to appear at the Branch 2 of the Revolutionary Court of Rudsar within eight days.

Following nationwide protests of educators all across the country, on September 26, security forces arrested Ghasemzadeh at his parents’ home in Rudsar City. During the arrest, security forces searched the house and confiscated several of Ghasemzadeh’s personal belongings.

The arrest took place the day after working and retired teachers held protests in 36 cities across the country, which were organized by the Coordination Council of Iranian Teachers’ Trade Associations. Throughout the detention, he was denied any access to a lawyer, phone calls and family visitations. Finally, on October 11, 2021, he was released on bail.

Ghasemzadeh will need to defend himself against charges of “propaganda against the regime” and “spreading lies”. 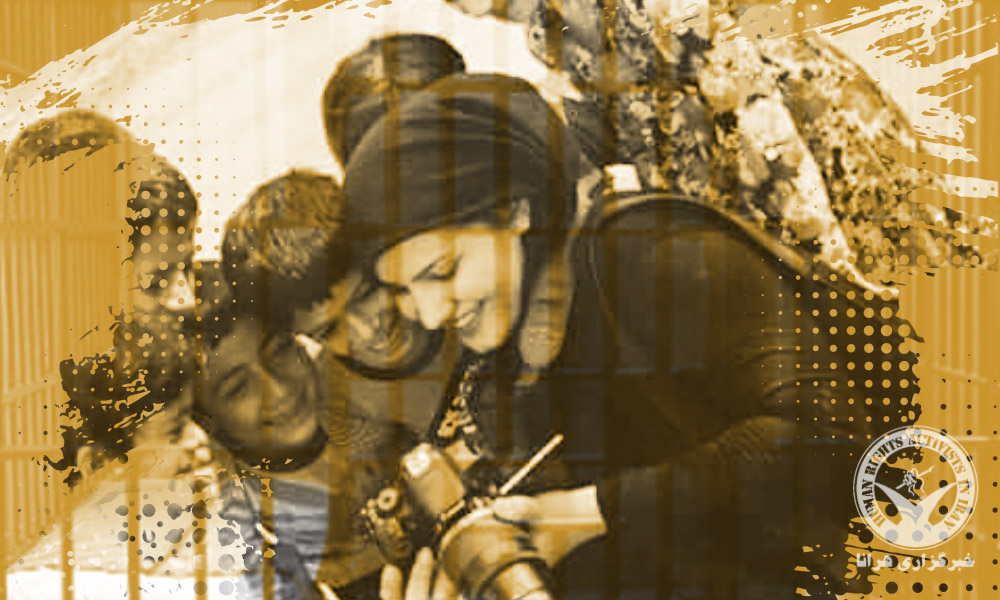 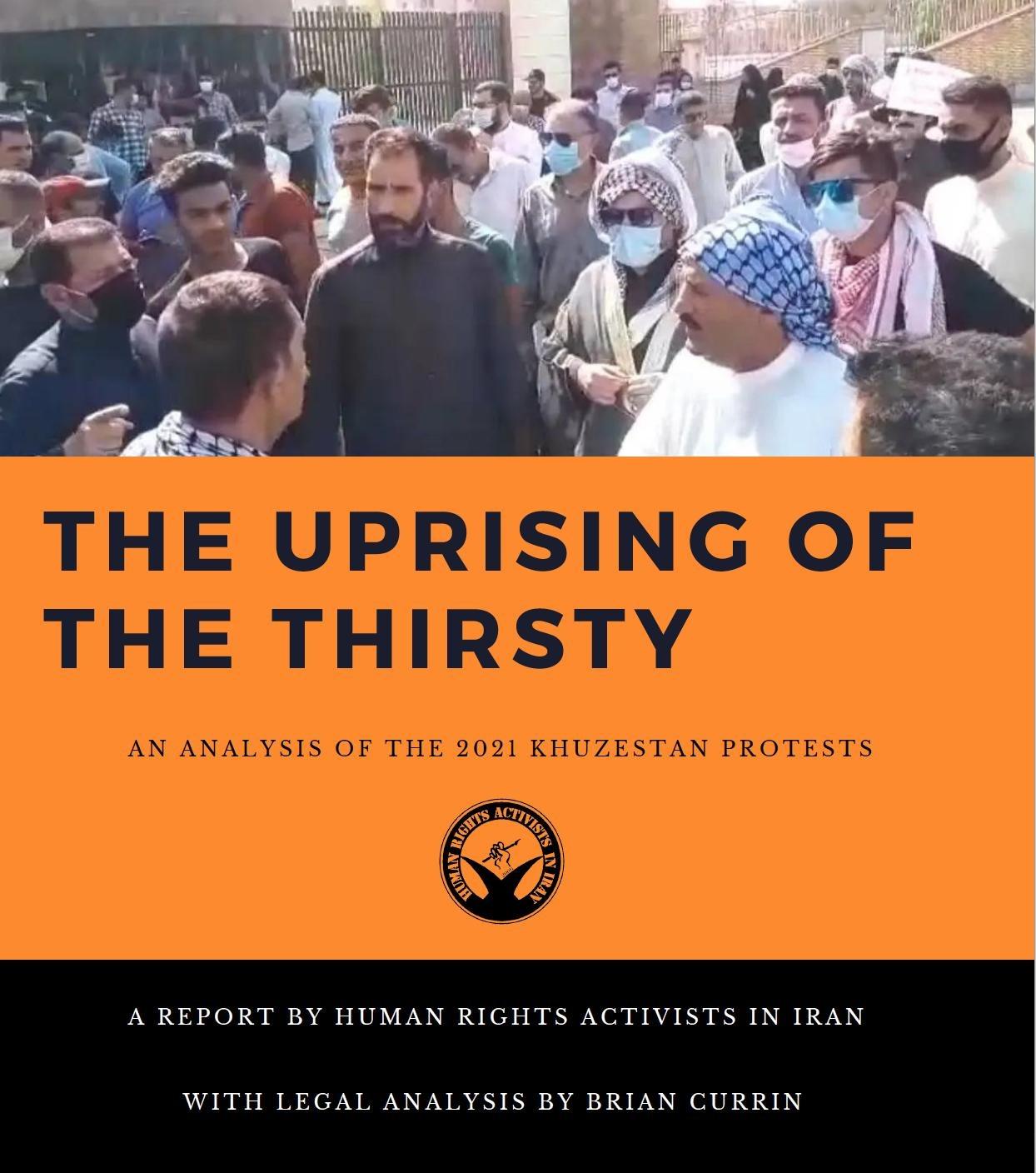 The July 2021 Iranian protests were a continuation of protests that have been erupting sporadically since 2016.

The driving force behind the July/August uprising was to protest the perennial water shortages and rolling blackouts stemming from mismanagement of resources, fueling public anger. The latest round of protests erupted on 15 July, starting in Khuzestan soon spreading to other provinces including Isfahan, Lorestan, Eastern Azerbaijan, Tehran, and Karaj. These protests have been coined the ‘Uprising of the Thirsty’.

As nearly 5 million Iranians in Khuzestan are lacking access to clean drinking water, Iran is failing to respect, protect, and fulfill the right to water, which is inextricably linked to the right to the highest attainable standard of health; both are protected by the International Covenant on Economic, Social, and Cultural Rights (ICESR), to which Iran is a signatory. It is a common cause that Iran’s water crisis has reached a critical point. Even the regime’s state-run media have acknowledged the dire situation, with at least 700 villages out of water.

According to the state-run Aftab News on July 4, 2021, “Of Iran’s population of 85 million, about 28 million live in areas with water shortages and are under pressure in this regard, mainly in the central and southern regions of the country. Water shortages have affected all sections of society, from urban households to agricultural and rural communities.”

It did not take long for the protests to take on a political character, with protesters in various cities calling for the end of the current regime and expanding the subject matter of their protests from water shortages to deteriorating living conditions.

One protester told HRA, “My ideal outcome is to see a regime official resign in response to our suffering. We are tired of all of this misery, poverty, dehydration, neglect, lies, and empty promises.”

A protester living in Tehran told HRA, “Besides supporting [the people of] Khuzestan, we are protesting unemployment, high prices, poverty, and the existing problems in the country. We can no longer bear the hardships of life created by unworthy officials. The authorities must address the problems…”

In the two weeks of the uprising, Human Rights Activists (HRA) verified 129 videos documenting the protests, 361 arrests, 6 deaths, and several more wounded. HRA’s Spreading Justice team (HRA-SJ) additionally identified individual violators associated with the violent crackdown. The following report analyses the events that occurred as a result of the uprising, those responsible, and concludes with a call for accountability noting that without action, this cycle of abuse will only continue. 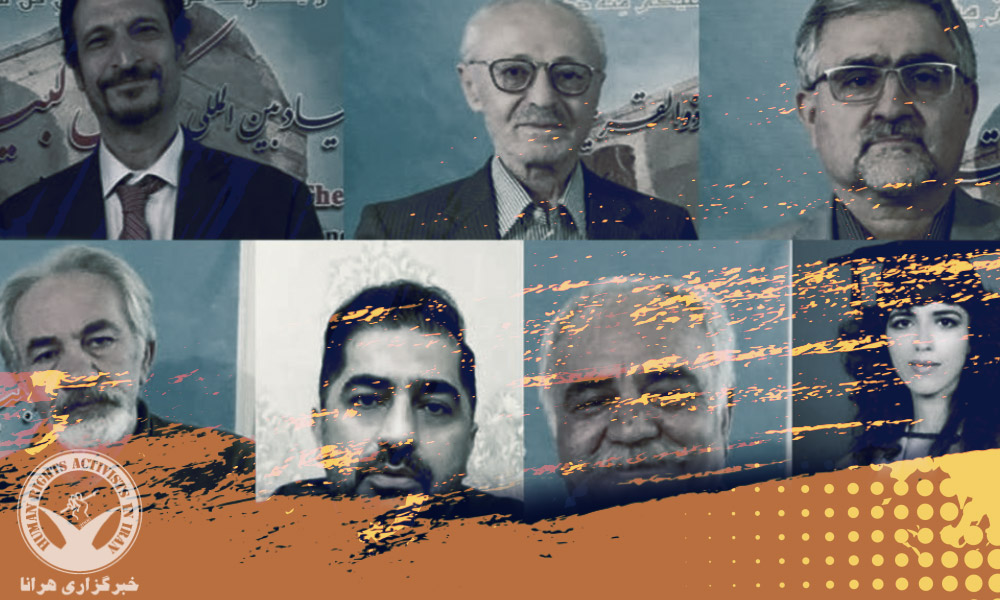 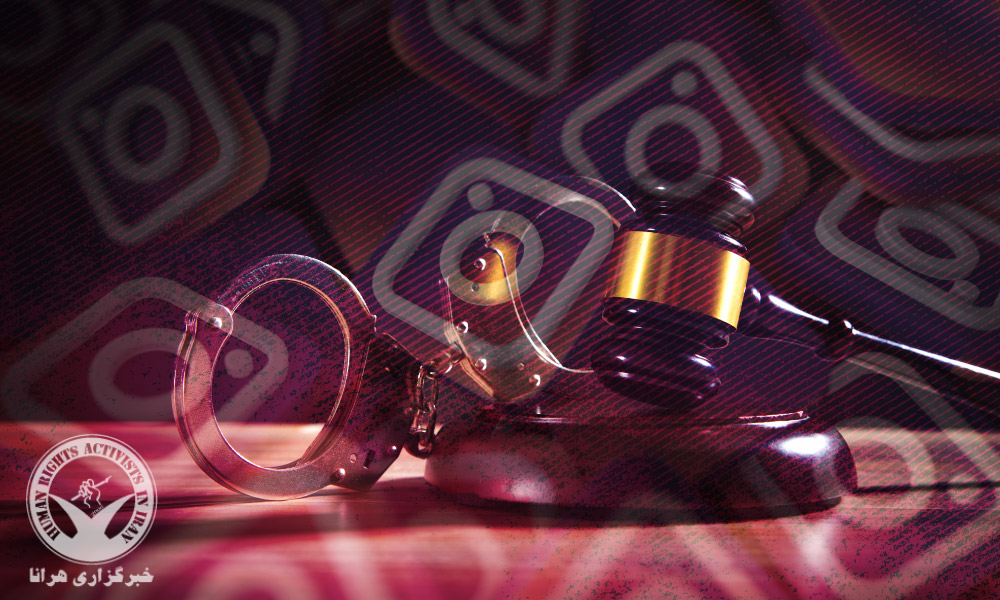 Seventeen people were recently arrested in Behshahr for reasons related to their activity on their personal social media pages.

According to HRANA, the news agency of Human Rights Activists, quoting Rokna News, the Iranian Cyber Police cited “promoting a western lifestyle, publishing obscene pictures and modelling ads” as the reasons for the arrests.

By order of a judge, the police erased all contents of the cited posts and replaced them with FATA’s logo. What the regime labels as “promoting a western lifestyle” has long been a source of tension between the regime and the Iranian people.

Imposing a certain lifestyle on citizens stands in blatant violation of Article 3 of the Universal Declaration of Human Rights which entitles everyone the right to life, liberty and security of person. Additionally, Article 12 of this declaration affirms, “One shall be subjected to arbitrary interference with his privacy, family, home or correspondence, nor to attacks upon his honor and reputation. Everyone has the right to the protection of the law against such interference or attacks.” 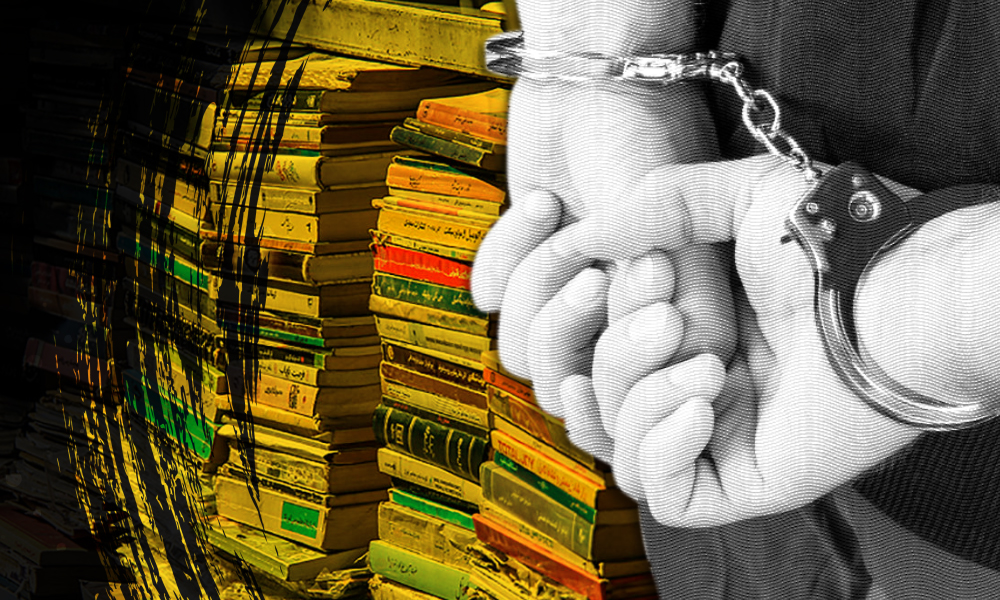 According to HRANA, the news agency of Human Rights Activists, quoting IBNA, the police confiscated some of the books.

One of the members of the Workgroup for Protecting the Rights of Publishers and Booksellers called these detained booksellers “distributors of illegal and smuggled books”.

The member claimed that part of these confiscated books is the works of the supporters of the restoration of the monarchy in Iran as well as illegal books and unpermitted hard copies of bestselling books. 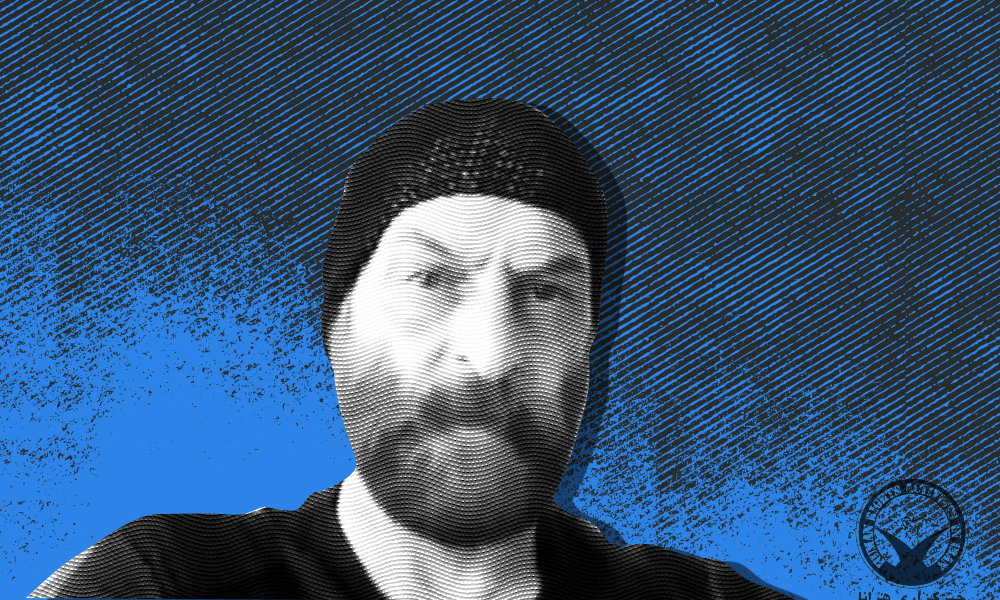