Activist in Tabriz Sentenced to Six Months in Prison

Human Rights Activists News Agency (HRANA)- Civil rights activist Amir Chamani has been sentenced to a six-month prison term on charges of “Propaganda against the regime” and “Cooperation with opposition groups.” Abbas Jamali, Chamani’s lawyer, confirmed news of the sentence to HRANA.

“I heard the sentence today [Saturday, September 1, 2018],” Jamali said, adding that among evidence cited against his client were notes and articles by Chamani which criticized the country’s economic and cultural conditions. “My client was also accused of insulting the supreme leader, but he was fortunately acquitted of this charge,” Jamali said.

Presiding over Chamani’s case was Judge Hamalbar of Branch One of the Revolutionary Court of Tabriz, the capital of East Azerbaijan province in northwestern Iran, home to Iran’s Azerbaijani ethnic minority. 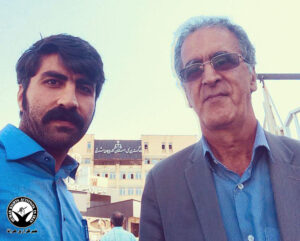 Chamani has previously been pursued on similar charges. On July 5th, 2012, from Judge Hamlbar of Branch One of the Tabriz Revolutionary Court, Chamani received a sentenced of six months’ imprisonment for insulting both Iran’s Supreme Leader Ayatollah Khamenei and the late Ayatollah Khomeini, founder of the Islamic Republic. He received a three-month-and-one-day sentence for “propaganda against the regime” in the same trial.

In another instance, after turning himself in for charges of insulting the President, Chamani was sentenced on January 13, 2013, to 40 lashes by the Tabriz Criminal Court. He was dealt the lashes on June 5, 2013, just over a week before the 2013 Iranian Presidential elections, and was not released from custody until October 2nd of the same year.