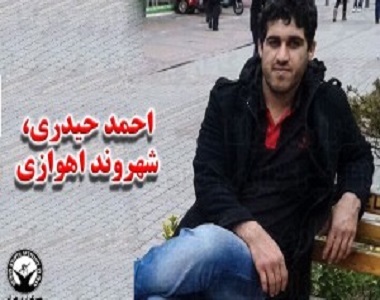 HRANA News Agency – Ahmad Heidari, Arab citizen from Ahvaz, was arrested by the security forces and was taken to an unknown location.

According to the report of Human Rights Activists News Agency in Iran (HRANA), Ahmad Heidari, from “Molashieh of Alramileh neighbourhood” in front of Naser Hashemi primary school, was arrested by the Intelligence office in Ahvaz and was taken to an unknown location, on October 31.

This Ahvazi citizen has a record of arrest and detention for several months, because of his religious activities, in 2013.

His relatives have no information regarding the reason of his arrest and possible charges.