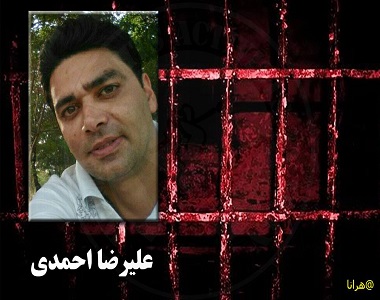 HRANA News Agency – Alireza Ahmadi, a former security prisoner was arrested by police officers in the city of Arak.

According to the report of Human Rights Activists News Agency in Iran (HRANA), Alireza Ahmadi former security prisoner was arrested by the police at the passport office in the city of Arak.

A close source to his family announced the news in an interview and told HRANA’s reporter: “Alireza had gone to the passport office in the city of Arak, to extend the military service card and his passport but he was arrested by security officers.”

He added: “In this regard, Alireza’s father was told that they would transfer him to Evin Prison in Tehran.”

It should be noted that Alireza Ahmadi had been sentenced to four years in prison by Branch 15 of the Revolutionary Court in Tehran on charge of “collaborating with enemy states”. On September 29, 2012, he was summoned to Evin Prison to endure his sentence and had served his sentence in ward seven of Evin prison.