An Arab Father and his Son Arrested in Shush 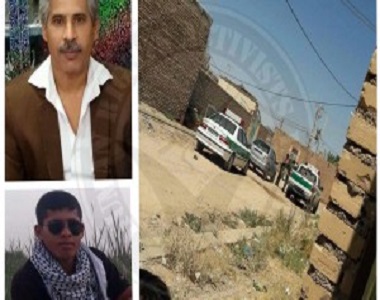 HRANA News Agency – Rasoul Salimi (Kabi), 17, along with his father, Naji Salimi, were arrested by the security forces and transferred to an unknown location.

According to the report of Human Rights Activists News Agency (HRANA), the security forces in intelligence service and police forces of Shush raided to Bait-Mohammad village, a rural area in Shush, on Wednesday June 15, and arrested two Arab residents and transferred them to an unknown location.

It is said that Naji Salimi had been arrested in 2008 by the intelligence service and after serving 4 years in Karoon and Sepidar prisons was released.