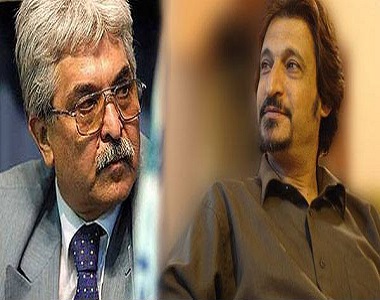 HRANA News Agency – In a short letter which was sent from prison, “Mohammad Seyfzadeh” and “Heshmatollah Tabarzadi”, two political Prisoners at Karaj Rajaee Shahr Prison reacted to ongoing human rights’ violation for some Iranian citizens which were prevented from further education under the title of “Flagged/ star Students” and “Bahaei Students”. The content of this letter can be viewed in the following:

Preventing education is a violation of Human Rights

New academic year has started but unfortunately, just like previous years, some of talented youngsters in our country who were successfully accepted on National University Admission Exam at different levels are banned by government from furthering their education. Whereas these youngsters and students who are banned because of their Political Activities and following Bahaie’s religion, they have been told that they are prevented from enrolment due to their “missing documents”. Based on the published standings for National University Admission Exam, these banned students are talented and achieved good ranks.

Without any doubts, preventing citizens from education is against the Article 26 of United Nation Human Right Council’s Manifesto and the Article 30 of Iran’s Constitution. This detested act is a clear violation of human rights and those responsible for it should be prosecuted for committing and unlawful act.  On the other hand, it is surprising that a year ago, the head of the new government, promised to bring back the dismissed university lecturers and “Flagged/ star Students” in his presidential campaign.  However, these were empty promises despite the fact that his obligation is to appropriately execute the constitution (based on the Article 113 of Iran’s Constitution).

Those responsible should be questioned and no excuse is accepted in evading the responsibility. Of course it is expected from other students, lecturers and university employees to defend these banned students’ rights.